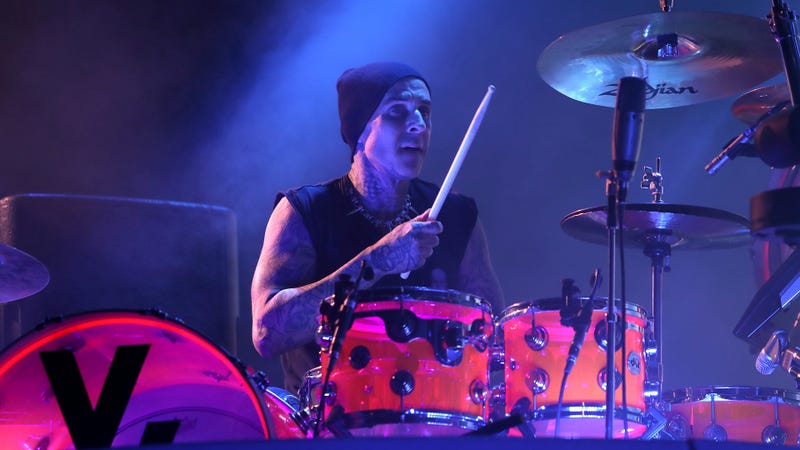 It looks like the first "challenge" to start off 2022 will be a loud one -- and that's good news for the drummers out there who were hoping to begin the year with a bang.

Listen to your favorite music now on Audacy curated for fans, by fans like Blink-182 Radio, Punk Party, and more!

If Nandi Bushell is the bad-a** little sister you wish you had, then meet the Godmother of your dreams, Dorothea Taylor, who has taken a page out of Bushell's book of social media magic to challenge blink-182 drummer Travis Barker to a drum battle.

With the help of Drumeo, a leading online drum instruction company that produces a ton of content that even playful percussionists can enjoy, Taylor, who has already given viewers her versions of Slipknot, Disturbed, and Paramore classics, started the new year with a cover of blink's "What's My Age Again?"

"You're never too old, and you're never too young, to start playing drums," Dorothea tells viewers after playing through the song, flamming her flams perfectly and keeping up with Barker's well-known, energetic and rudimental style. "You probably never would have expected someone like me to play along to blink. I've learned my rudiments over the years and was able to incorporate and understand what Travis was playing."

Dorothea ends her clip playfully asking, "So, Travis Barker, are you watching? How about a drum battle?" Hopefully, he'll happily accept sooner or later and we'll all win by seeing more of his incredible marching snare trickery. Check out more from Dorothea right here, and take a look at how Barker recently flipped the script on Adele's "Easy On Me," adding a little pop-punk flavored spice to the belting banger.