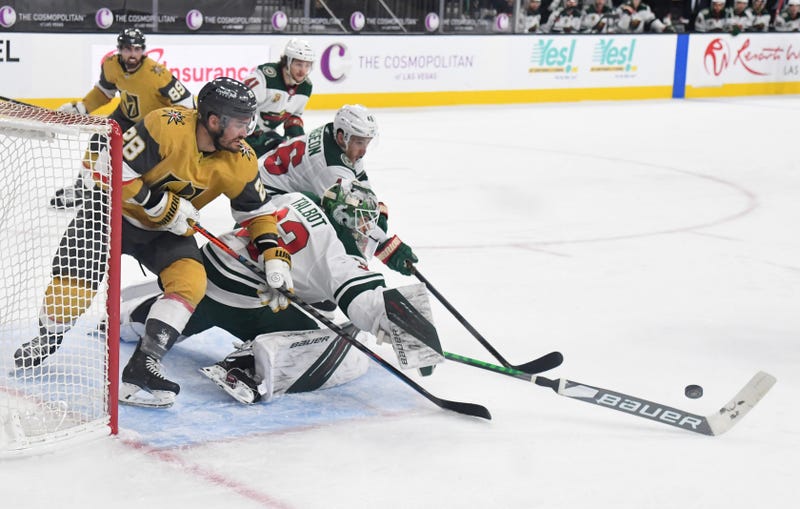 Las Vegas, NV (KXNT) - The Vegas Golden Knights won more games that any other team in the NHL this season, but they still couldn't secure the top spot in their own division.

Even though they finished with the identical amount of points, Colorado held the tiebreaker advantage over Vegas and clinched the Western Division after beating the L.A. Kings 5-1 on Thursday night.

The win gave the Avs home ice advantage throughout the Stanley Cup Playoffs and a first round playoff matchup against the St. Louis Blues.

Game 1 in the Best of 7 series is Sunday at noon at the T-Mobile Arena. Game 2 at the Fortress is Tuesday night.

After that, the series heads to Minneapolis for Games 3 and 4 on Thursday and Saturday.

Game 5 (if necessary) will be Monday, May 24th at T-Mobile, with Game 6 on Wednesday May 26th in Minneapolis and Game 7 on Friday, May 28th in Vegas.

T-Mobile Arena will be allowed a capacity limit of 50% for the games.