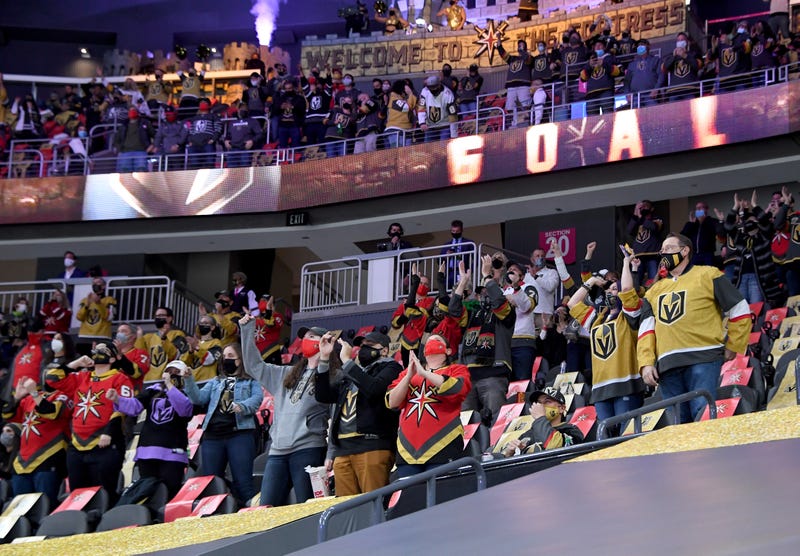 Las Vegas, NV (KXNST) - The Fortress is closer to filling up.

The arena can seat 17,500 for games, meaning 50 percent capacity works out to 8,750 fans being allowed inside. Until the new directive, the Knights were only allowed to fill T-Mobile to 20% of its capacity.

The new capacity limits apply only to the VGK's final 3 home games of the season. The team hosts the St. Louis Blues this Friday and Saturday night, then welcomes the Colorado Avalanche on Monday, May 10th.

There's no word yet on how many people the team will be allowed to have inside T-Mobile once the Stanley Cup Playoffs begin.