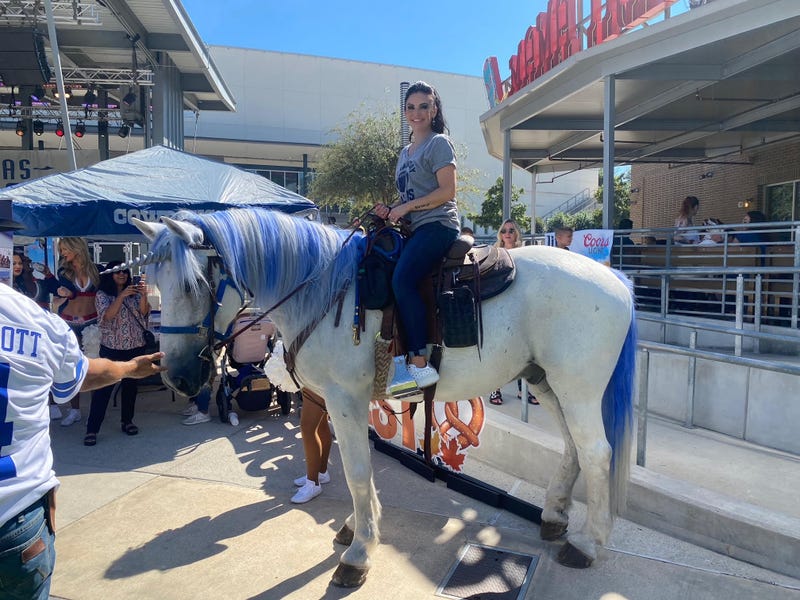 For a couple of weeks now, a video has been flooding social media because it's silly, adorable, outrageous, etc. The clip shows Mike Duncan from Keller riding his horse Sheriff inside a Walmart.

The horseback-riding Cowboys fan at Walmart has been identified

The footage has been viewed hundreds of thousands of times and made international headlines. Since Sheriff is a local horse (and a Cowboys fan), he went to a tailgate party at Toyota Music Factory on Saturday. 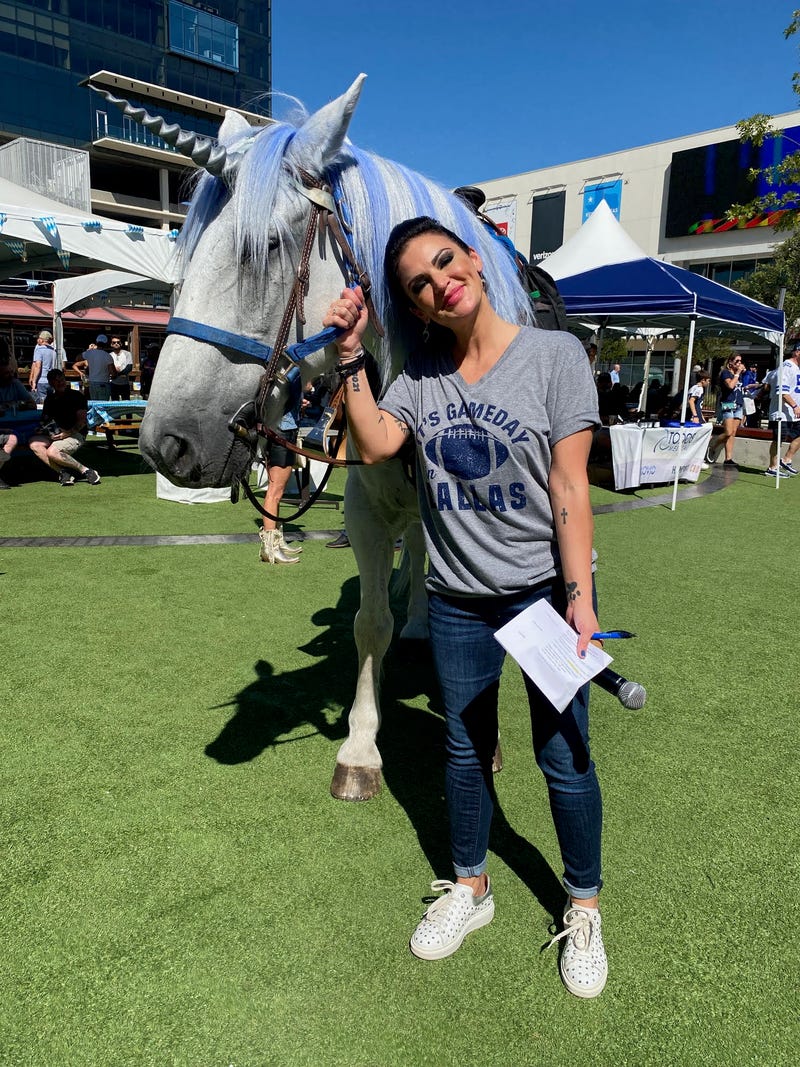 I was thankful to get a chance to chat with Mike about Sheriff who he got late last year (December, 2021). Sheriff Duncan was a former carriage horse in the Fort Worth Stockyards so he was already socialized when Mike Duncan bought him.

He started taking his technicolor pet to various events, and if you check out any of Sheriff's social media pages, you'll see he's been to A LOT of places, both indoors and outside. Mike also mentioned that Sheriff identifies as a unicorn as you'll hear in the below video.