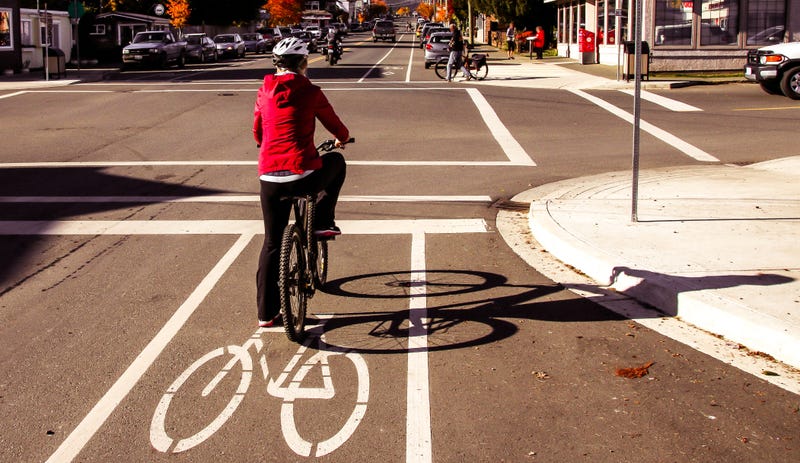 KANSAS CITY, Mo. -- A local pedestrian-focused transportation organization is hitting back at critics of improvements to bike paths and sidewalks on Kansas City's east side.

Michael Kelley, Policy Director for Bike Walk KC, said in order for Kansas City to create opportunities in the areas that need them most, investing in the most basic infrastructure is vital.

"Having transportation options beyond a car that include not just bike paths, but also additional sidewalks and bus routes are things we need to be considering to give these people access to various opportunities," Kelley told KMBZ.

So far in 2019, at least 27 people walking or biking have been struck by driver. 7 victims were children. 11 victims died. 19 of those crashes happened on or east of Troost. We need safer streets now: https://t.co/IMQpOecJ5b

Kelley said the perception that residents in east KC don't bike is simply untrue. He said bike paths or other improved pedestrian infrastructure will not only help connect people to opportunities, but would almost certainly save lives.

"There are parents who are worried their kids are going to get hit or have seen their children be hit," Kelley said. "Like Rosalyn Temple, whose daughter Lashawnda was injured so badly in a wreck that her leg had to be amputated."

Kelly explained that for the people who need access to improved pedestrian infrastructure to be connected with the opportunities that will change their lives, Kansas City must stick to its current plans, and go even further, to make it possible to traverse the city from east to west without needing to get in a car.