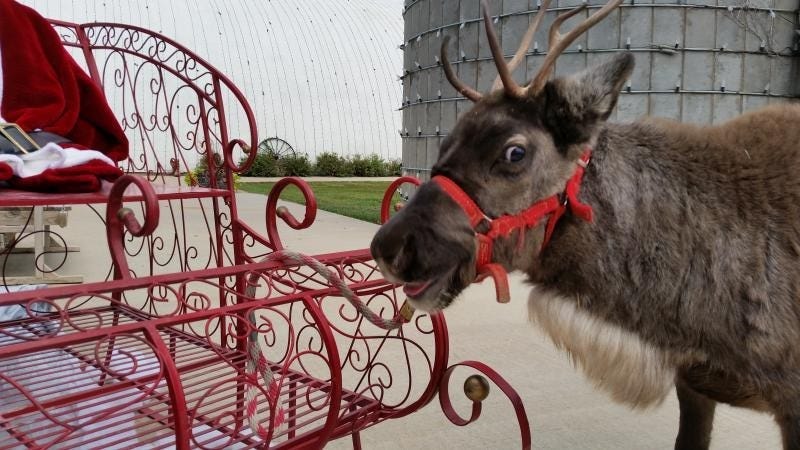 If you've seen reindeer at a Christmas event around Kansas City, chances are they belong to the Corbin family, who live in Towanda, Kansas, about 20 miles northeast of Wichita.

Richard Corbin started researching reindeer when they wanted to amp up the holiday display at their business, called Fulton Valley Farms, which is a popular venue for parties and weddings. The farm already had a 600,000-bulb light display with music. Richard was placed on an 18-month waiting period before he bought his first three animals when they were six months of age. The newest reindeer is an eight-month-old female called Sparkle.

"She talks to you when you walk into the pen; reindeer make a grunting noise," Richard said. "She comes and puts her nose in your pocket. She's really, really vocal." 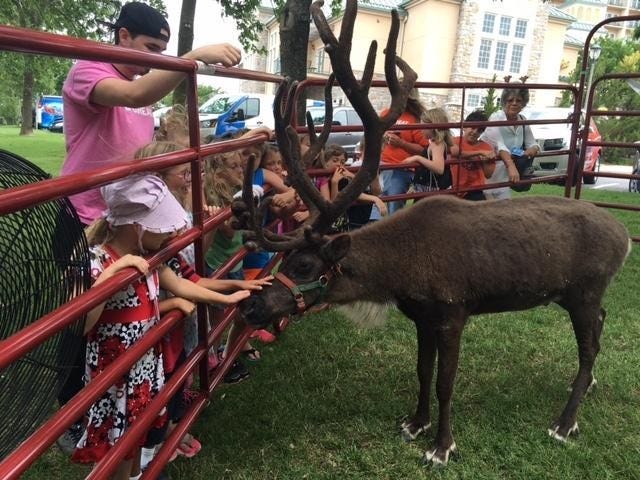 The reindeer business is a complicated one. The animals are very expensive and the Corbins maintain five licenses to own and show them. The Corbins' animals make between 30 and 45 appearances each holiday season under the name Dash*Away Reindeer. Richard hauled the reindeer to an event in St. Joseph, Missouri last weekend. This weekend, he's in Leawood for a Christmas tree lighting.

The Corbins used their reindeer to educate people about the animals that are uniquely adapted to live in arctic climates. They also do several charity events each year.