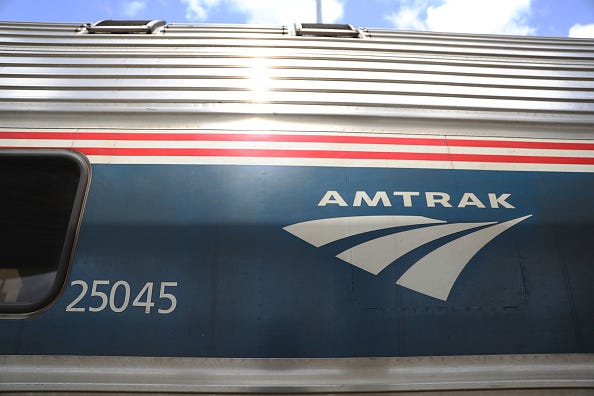 Lee's Summit, MO - Police are still looking for a suspect who fatally shot a passenger on an Amtrak train in Missouri on Friday. Investigators are also looking to determine how the train continued to the next station before someone reported it, authorities said.

According to a statement released by police on Saturday, investigators think the killer left the train while it was stopped at the station in Lee's Summit.

When the train left the depot at Lee's Summit, it continued for about 20 miles to the next stop in Independence. It was there that police were called at around 9:15 p.m. on Friday, police reported.

Still, investigators are trying to figure out how the train with 81 passengers went for 20 miles without the cops being notified.

"The initial investigation revealed that the train car where the shooting occurred did not have a large number of passengers, and the passengers that heard the gunshots did not immediately recognize that a person had been shot," the Lee's Summit police department said in its statement.

Passengers were interviewed by police to "develop a suspect in the case," the authorities said.

When the shooting happened, the train was headed from St. Louis to Kansas City, Missouri, and Amtrak officials shared they are cooperating in the investigation.

"There were no injuries to the other 81 passengers and the Amtrak crew, and they were all provided alternate transportation to their final destination," Amtrak said in its statement, ABC News reported.