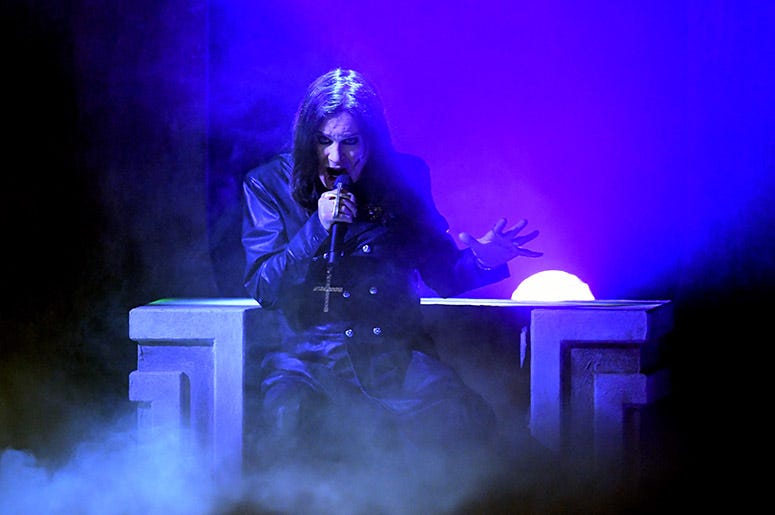 Ozzy Osbourne’s humble beginnings are now a tourist attraction for fans itching for the full “Prince of Darkness” experience.

In a recent interview with GQ magazine, the Black Sabbath frontman revealed that his childhood bedroom is available to rent for a night. ““He charges £400 a night,” Ozzy said of the Birmingham, UK renter. “The f****** house weren’t worth £300! They must be doing an expensive extension on the bathroom.” Despite his surprise at the room’s value, Osbourne relays a humble sense of perspective when thinking about his upbringing.

“I tell you what was really weird: I went back to that house many years after I left. When you’re little everything seems massive. But that house was me, my mum and dad and my five sisters and brothers – eight of us in this house,” he said with surprise. “It’s so tiny, I’m going, ‘How the hell did we do this?’”

The magazine spoke with Ozzy for their GQ Men of The Year awards. He didn’t disappoint, sharing the moment he met Queen Elizabeth in 2002.

“She looked at me and said, ‘Hello. So this is what they call variety, is it?’ I just stared at her,” he said. “You see her on stamps, you see her in the paper every day, see her on the telly… but it’s such a weird feeling when you’re actually in front of her for the first time.”

GQ also attempted to clear up a fan favorite rumor that Osbourne snorted a line of ants by the side of pool, as told in the Mötley Crüe movie, The Dirt. “That’s very possible, but I can’t remember,” he bluntly responded.

Ozzy is slowly but surely making his way back to the live music scene, announcing his No More Tours II run will take place in 2022. He was forced to postpone his tour at the beginning of this year due to coronavirus safety concerns. His wife, Sharon Osbourne, told Planet Rock Radio she believes a two-year window will allow for venues to fully, and safely, reopen to the public amid COVID-19.

“Everybody’s booking their tours again for like 2022, and to find availabilities right now, it’s crazy,” she said.