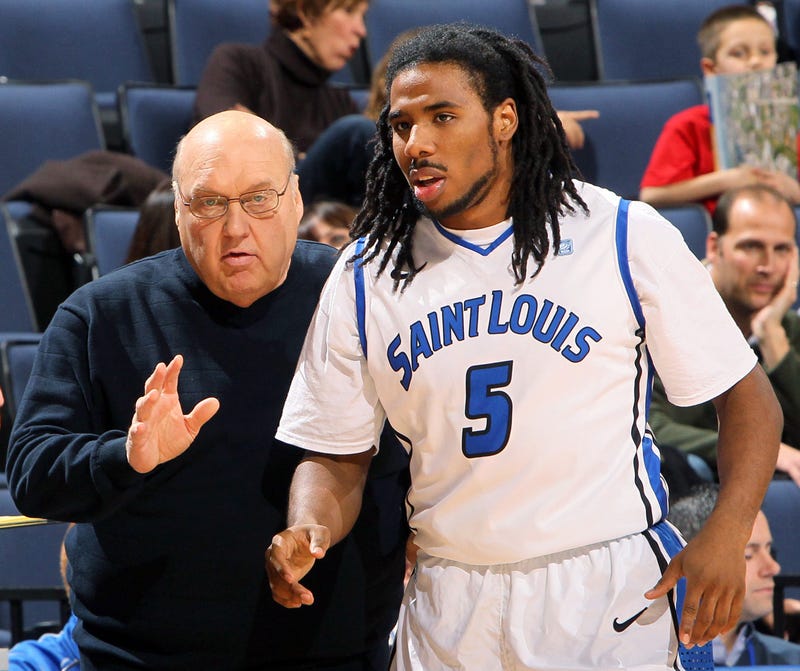 They broke records, won championships and changed the game!Congratulations to the National Collegiate Basketball Hall of Fame Class of 2019!-- https://t.co/xyCMGZVPrP pic.twitter.com/zZWIO1dP4b

Majerus won 517 games in a 25-year career that included stints at Marquette, Ball State, Utah and Saint Louis. He reached the postseason 17 times, and his 12 NCAA Tournament appearances included a spot in the 1998 national championship game with Utah.

During his time at SLU, Majerus had eight players earn Academic All-Conference honors, the most by any Atlantic 10 Conference program during that span. He coached six Academic All-Americans in his career, including two with the Billikens.

Cheaney, the Indiana and Big Ten all-time leading scorer, served as an assistant coach for three seasons (2013-16) under Jim Crews at Saint Louis.

Majerus was introduced as the Billikens' head coach on April 30, 2007, before a cheering throng of fans at a news conference at the Busch Student Center on the SLU campus.

He would go on to post winning records in each of his first three seasons, including the 2009-10 campaign that saw the Billikens register 23 wins and advance to the postseason College Basketball Invitational championship round.

It was Majerus' final season as a head coach – 2011-12 – that saw the fruits of his labor pay off. Armed with a veteran squad, SLU jumped out to a 6-0 record. The final four games of that stretch were against major-conference opponents Washington, Boston College, Villanova and Oklahoma. The nation took notice, and the Billikens achieved a top-25 ranking after their fast start. Saint Louis' 72-62 victory over Illinois-Springfield that season was the 500th win of Majerus' career.

SLU would go on to capture a first-round bye and the No. 2 seed at the Atlantic 10 Conference Tournament after going 12-4 in the competitive league slate. The end result was an at-large bid into the NCAA Tournament, giving SLU its first at-large appearance since 1998.

Majerus led the No. 9-seed Billikens to a 61-54 victory against Memphis in the first round in Columbus, Ohio. The Billikens bowed out of the tournament after a hard-fought 65-61 loss against No. 1 seed Michigan State, which would be Majerus' final game.

Majerus was unable to coach the Billikens in 2012-13. It was announced in August 2012 that he would take a leave of absence for the season while dealing with a heart condition. In November 2012, it was announced he would not return to the University. Majerus passed away on December 1, 2012.