The third baseman needs to find a new position after the team traded for eight-time gold glove winner Nolan Arenado to play the corner infield spot.

“He looks really good from a physical standpoint, looks flexible, he’s moving well, and so I think everything he did this past offseason to prepare has put him in a pretty good spot to show some versatility as he enters this camp,” Cardinals President of Baseball Operations John Mozeliak said of Gorman. 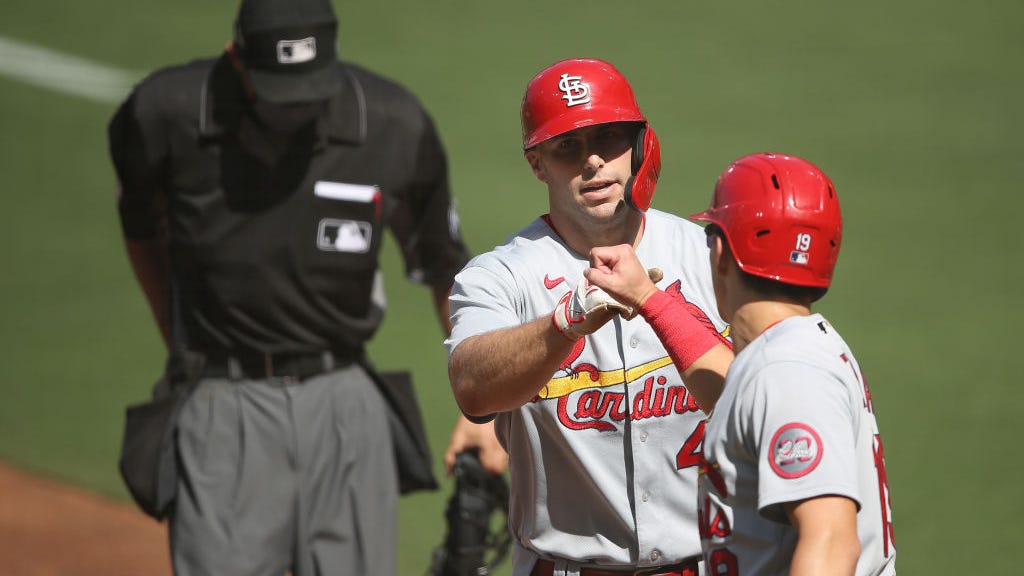 Cardinals 2021 batting order: Here's an early look at what it could be Former fastest pitcher in baseball Jordan Hicks has 'very favorable' first day for Cardinals

Gorman had asked permission to report early to take advantage of getting some pre camp work in, and the Cardinals granted it.

After St. Louis made the trade for Arenado, the 20-year-old took to Instagram and asked "Does anyone know where Dustin Pedroia is and is he available for lessons on how to play second base? Asking for a friend"

Gorman was named the fourth-best prospect at third base coming into the 2021 season by Baseball America.

music
Brad Paisley to headline Nashville's 4th of July concert
music
Eric Church, Brad Paisley and more honoring ZZ Top legend Billy Gibbons
music
Machine Gun Kelly, Kings of Leon, and Black Pumas will perform at NFL Draft
sports
Anthony Edwards wants future new boss A-Rod back with J.Lo: 'I want him to be happy'
music
Gabby Barrett reveals Carrie Underwood is one of 'The Good Ones' who's helped her out as a new mom
music
Change of plans: EDC Las Vegas will not be held in May, moves to October