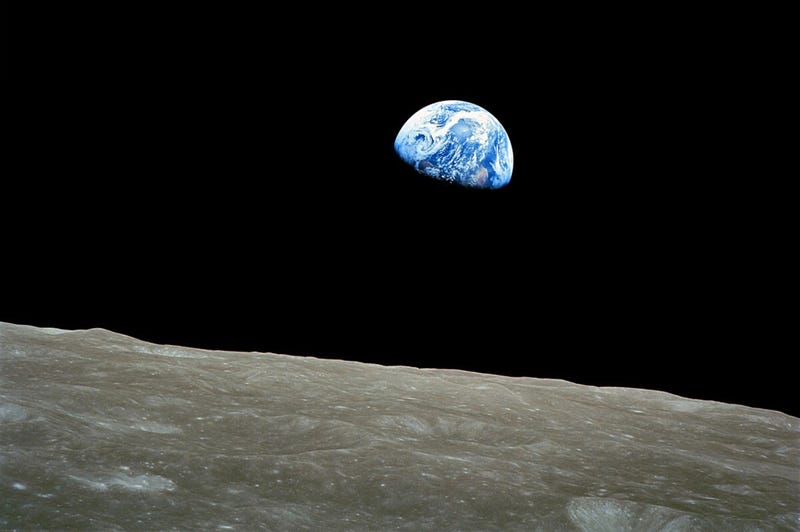 Though we all have differences, there’s one commonality that has prevailed for all of humanity: we are all floating on a rock, flying through outer space at over a million miles an hour.

NASA's Artemis 1 rocket left Earth to begin its 40,000-mile trek to the moon on November 16. Since its journey began, the Orion spacecraft has captured stunning views of itself, the Moon, and our magnificent planet, Earth.

Artemis 1, the most powerful rocket in NASA's history, deployed on a 25-day journey as part of the space agency's ambitious new lunar program tasked with the goal of putting humans back on the lunar surface.

The unmanned Orion spacecraft was hurled toward the Moon with NASA's state-of-the-art Space Launch System (SLS). The spacecraft is designed to be the vehicle in which future astronauts will return to the moon.

No astronauts are aboard yet, however, Orion houses 16 cameras, according to NASA. The cameras are meant to record crucial moments of the mission as well as capture photos of the Moon and Earth.

As @NASA_Orion begins the #Artemis I mission to the Moon, the spacecraft captured these stunning views of our home planet. pic.twitter.com/Pzk3PDt7sd

In Orion's first few hours of flight, the spacecraft began snapping photos from every angle, capturing a magnificent view of Earth. 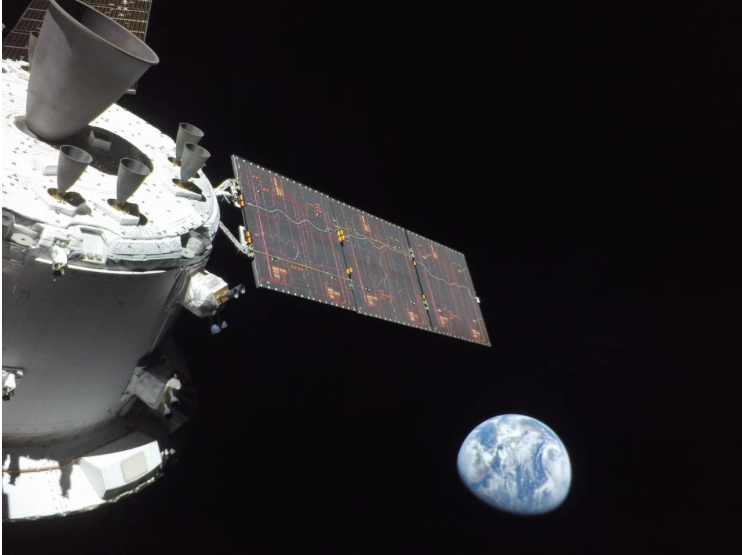 The next photo captured by the Orion spacecraft was taken 270,000 miles away from Earth, according to NASA. The shot shows Earth's "setting" as the craft approaches the Moon. The photo is reminiscent of the iconic "Earthrise" photo taken in 1968 during the Apollo 8 mission which brought humans to lunar orbit for the first time. 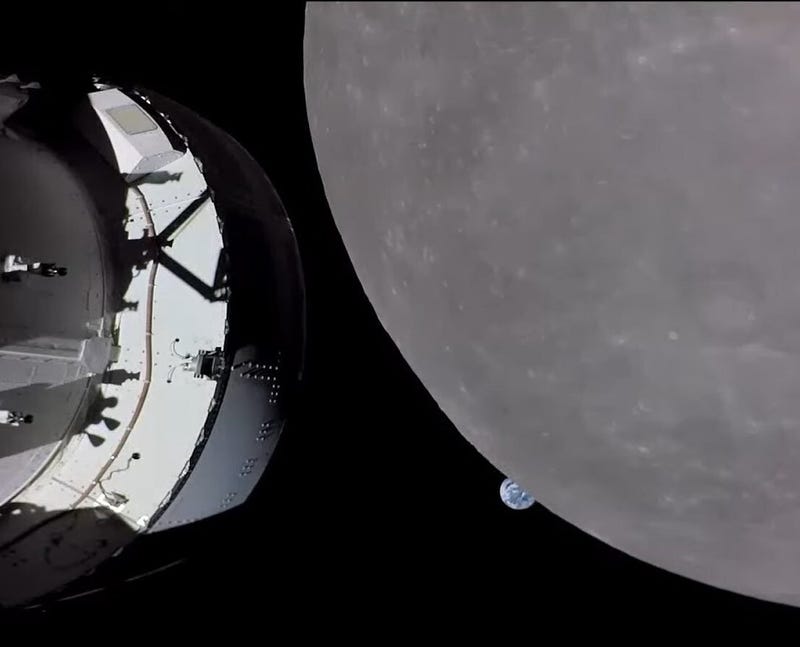 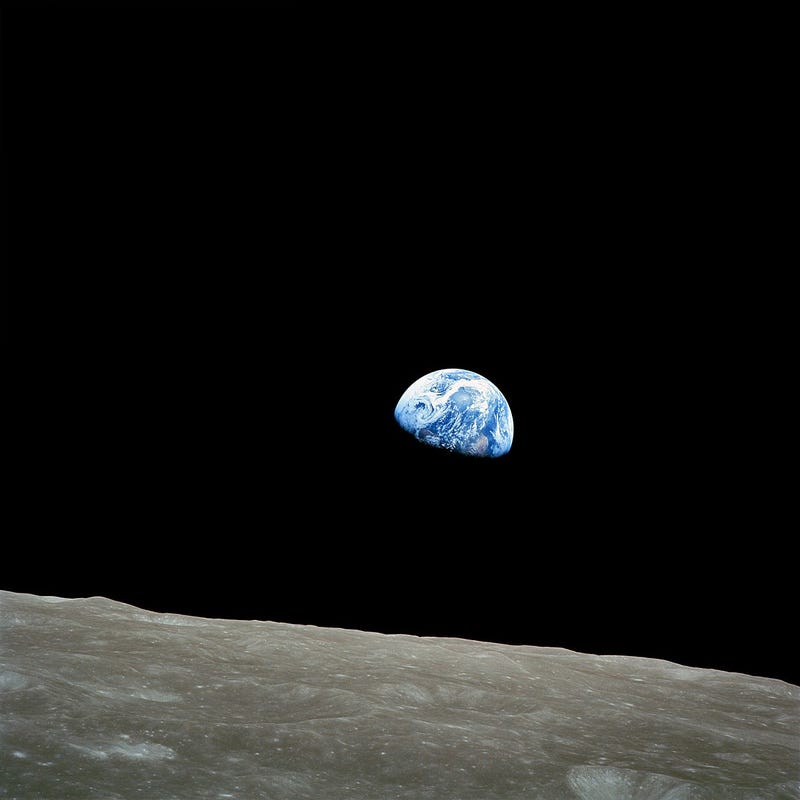 Among the photos Orion has sent back, the following is perhaps one of the most striking. The breathtaking black-and-white photo of our Earth was captured by the craft's optical navigation cameras midway through its journey to the Moon. 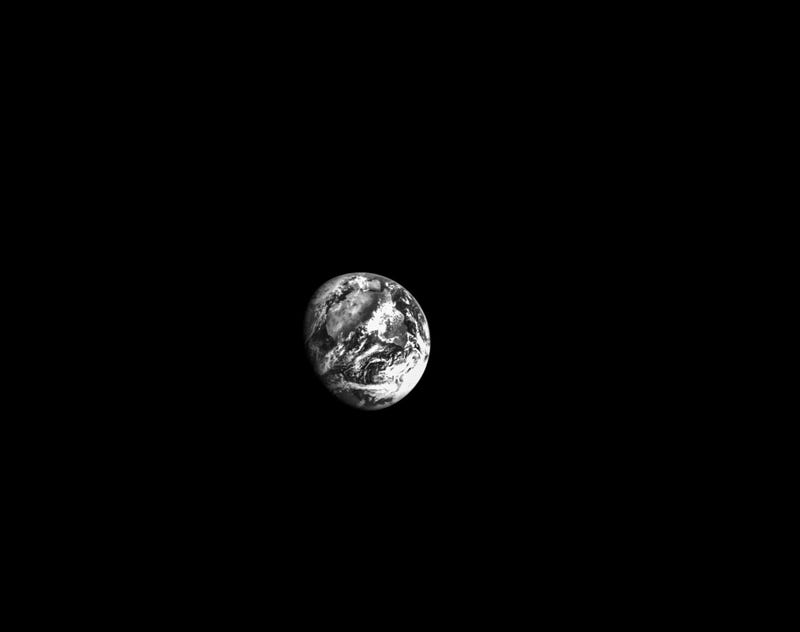 Just as Orion reached the Moon, it snapped this photo of our planet against the vast blackness of space. This shot brings even more nostalgia thanks to its similarity to the famous "Pale Blue Dot" image taken by NASA's Voyager 1 3.7 billion miles away from Earth. 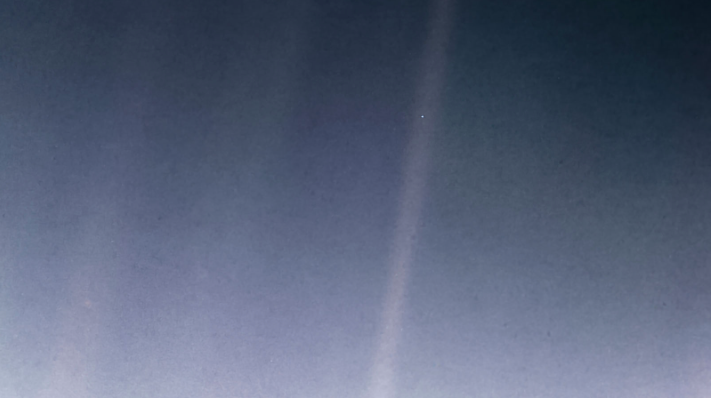 As promised, the Orion spacecraft also took multiple selfies on its journey, and even got photobombed by the Moon! The photos below were taken less than 100 miles away from the barren lunar surface. 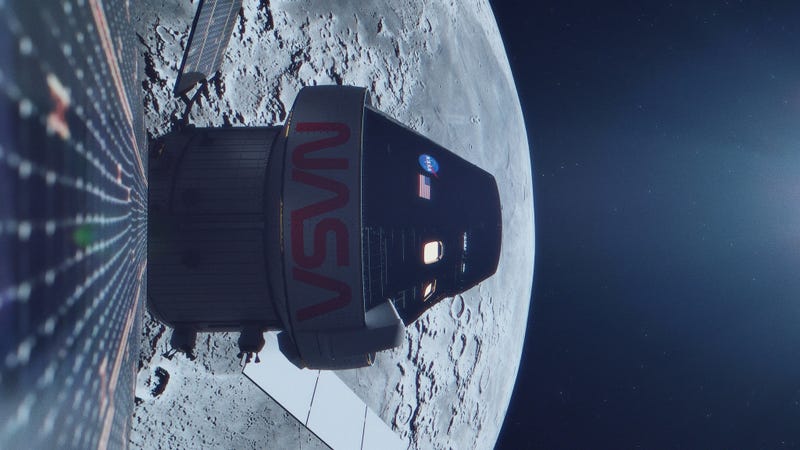 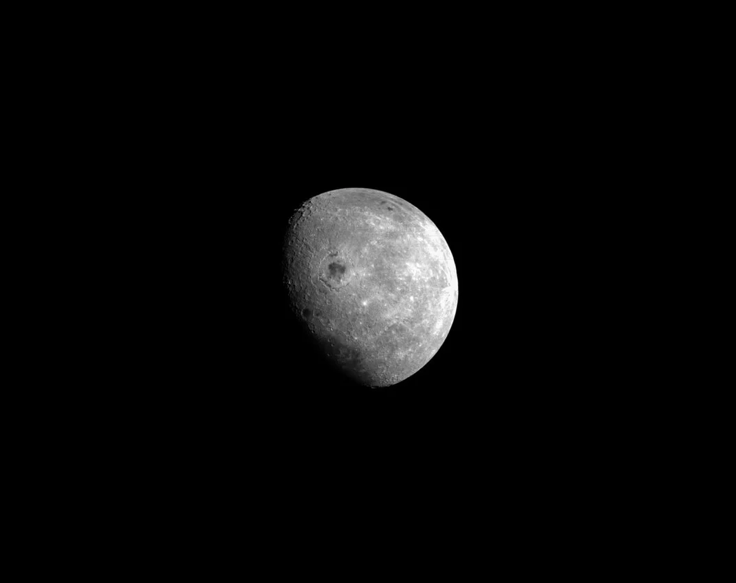 During the 25-day Artemis 1 mission, the Orion spacecraft is projected to travel over 1 million miles, breaking the record for the furthest any spacecraft designed to hold humans has ever flown. At the end of its journey, Orion is set to land in the Pacific Ocean, according to NASA, but the mission doesn't end there.

The Artemis 1 mission is only the first stepping stone in a series of missions planned by NASA with the goal of putting humans back on the Moon. The mission also aims to see the first woman and person of color on the lunar surface. These endeavors will ultimately lead to the future mission of bringing humans where they have never ventured before, Mars. 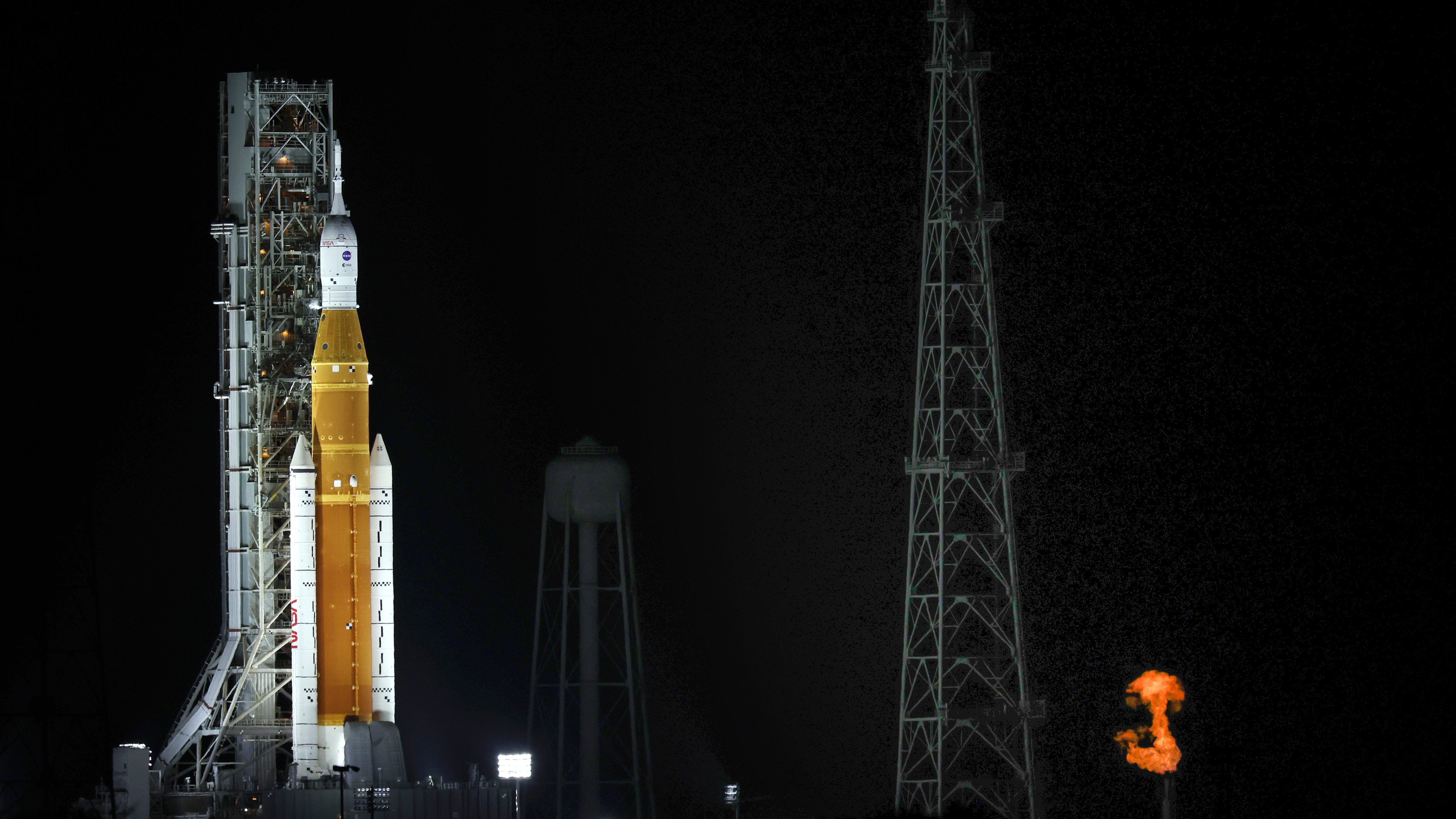