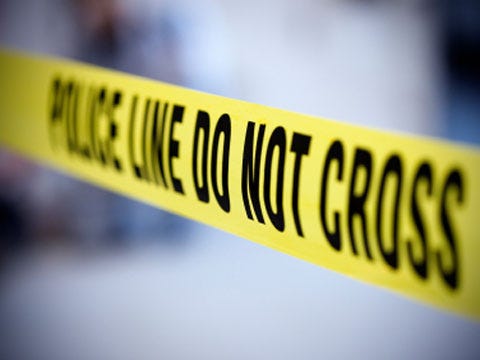 ST. LOUIS (KMOX) - At least two people are dead and 12 are wounded after weekend shootings in the city of St. Louis. The carnage started at about 10 pm Friday night, when a 31-year-old man showed up at a hospital with an arm wound. He tells police he was shot at Chouteau and Boyle.

At 11:25 pm Friday, a 32 year old woman suffered a graze wound to her leg while sitting outside her home at 14th and Park. A minute later and around the corner at Dillion and Chouteau, a 32-year-old woman in a vehicle was shot in the face and hand. She tells police the shots came from the occupants of two other vehicles who were involved in a rolling gunbattle.

Just before 2:00 am Saturday, 24 and 23-year-old men were shot at 10th and Cole. The older man is in critical condition with a stomach wound. The other man, who was shot in the foot, isn't talking to police.

The first homicide was recorded at 4:20 am Saturday. 42-year-old Joel Boyd was found in a vacant lot at Penrose and Prairie. He had been shot several times.

Saturday night into Sunday morning saw five others shot in four incidents. At 8:25, a 28-year-old man showed up at a hospital with a gunshot wound to a leg. He says he was shot at Page and Skinker.

At about 9:45 pm a man was found dead on Cook Avenue, near Page and Taylor. He had been shot several times. At about 11:30 pm, a woman was shot in the buttocks at 7th and Cerre, just south of Busch Stadium. She says she was on the sidewalk when she heard several loud pops, and felt pain.

Gano and a woman was shot in the buttocks at 7th and Cerre, just south of Busch Stad

The rash of violence comes just days after the city's Board of Estimate and Apportionment approved taking $4 million from the police department's budget, eliminating 98 vacant uniformed officer positions. The money will shift instead to social services, including affordable housing, hiring more affirmative litigation lawyers for the City Counselor's office, more staff for the Director of Health's Victim's Support Program, and more staff for case management at Human Services.

On Saturday, the city's new Public Safety Director, former Police Chief Dan Isom, defended the move. "We're taking a little over 2-percent of the police budget to address the underlying conditions that lead to violence," he says.

"We can look at the problem we've had for almost 30 years, at least the 30 years I've been in law enforcement, and the approach of adding more and more officers has not necessarily worked." Isom points out that the money was for positions that had been vacant for some four years. "Trying something different," he says, "trying to invest in the lives of others is a multifacted approach that I think cold have long-term success."

The reduction in the police department budget requires final approval from the Board of Alderman.

sports
Kenny Mayne announces he's leaving ESPN
music
Jake Owen is on a mission to introduce younger fans to the music of his idols
sports
What might Stephen Curry's stats look like if there was a 4-point line?
music
Tom Cruise returns Golden Globes trophies due to Hollywood Foreign Press' questionable diversity record
music
WATCH: Trailer for 'Venom: Let There Be Carnage' released
sports
Report: Some within Broncos say it is 'real possibility' they could land Aaron Rodgers