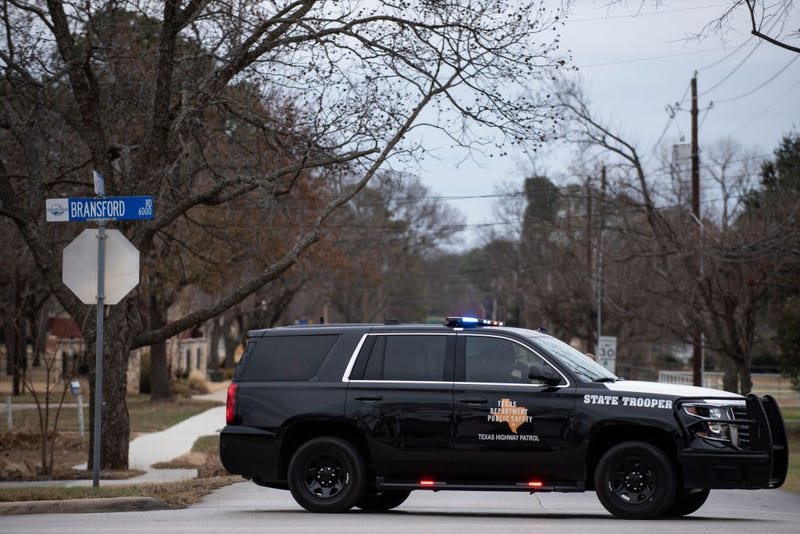 Texas State Trooper vehicle blocks off Shelton Drive on January 15, 2022 in Colleyville, Texas. Police responded to the situation after reports of a man with a gun was holding hostages at the synagogue. (Photo by Emil Lippe/Getty Images) Photo credit Getty Images
By Lauren Barry and Andrew Greenstein

UPDATE: 1/16 12:00 p.m.
The FBI Dallas Field Office confirmed the identity of the hostage-taker as 44-year-old Malik Faisal Akram, a British citizen according to reports.

Akram was shot and killed after the last of the hostages got out at around 9 p.m. Saturday at Congregation Beth Israel near Fort Worth. In a statement, the FBI said there was no indication that anyone else was involved, but it didn't provide a possible motive according to the Associated Press.

All four hostages were rescued safely after an hours-long standoff at a Colleyville synagogue, police say.

The suspect in the incident is "deceased" after an FBI hostage rescue team breached the synagogue and rescued three hostages, Colleyville police Chief Michael Miller said.

All hostages are out alive and safe.

The surrounding area was evacuated and a perimeter was established, according to Colleyville police.

Shortly after 5 p.m., police said one man was released unharmed and was quickly reunited with his family.

According to multiple reports from reporters on the scene, there was a loud "bang" near the synagogue just before 9:15 p.m. Abbott tweeted the hostages were safe shortly thereafter.

Update: Heard a loud bang in the distance from where press has been set up.

We’re at a church about 1/2 mile away from the ongoing hostage situation at Congregation Beth Israel.

Unclear exactly what direction that noise came from @NBCDFW #Colleyvillehttps://t.co/ozXrb49qhZ

According to CBS DFW, Rabbi Charlie Cytron-Walker was believed to be among those in the building. He started at the synagogue in 2006 and is originally from Lansing, Mich. Cryton-Walker graduated from the University of Michigan. 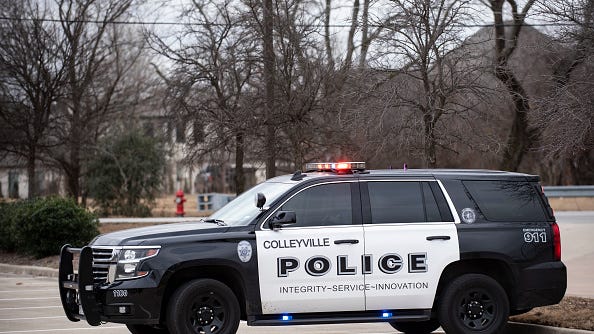 Rabbi believed to be taken hostage in TX is Lansing native

Screenshots obtained by KRLD indicate that the man mentioned his sister and death during a livestream of the synagogue's service on Facebook.

"The Texas Department of Public Safety is working closely with the Federal Bureau of Investigation on the hostage situation at Congregation Beth Israel in Colleyville. The State of Texas is ready to provide additional assistance as requested and we will continue to monitor the situation. I ask Texans to join Cecilia and me as we pray for the safety of the congregants," Abbott said in an earlier statement.

As the situation continued, comments poured in on social media:

I am relieved that the Rabbi and all those who were held hostage at Beth Israel are alive and have been freed. Today’s events are a chilling reminder of the work we must do to make our country, communities and places of worship safer for all Americans.

Heidi and I are praying for those at Congregation Beth Israel in Colleyville and for the SWAT team and all other law enforcement on the scene responding.

My staff and I are closely monitoring the situation and are in close contact with local and national authorities.

As a precaution, @DallasPD is deploying additional patrols to Dallas synagogues and other sites. Police are working with the Jewish Federation and our local, state, and federal partners to monitor any concerns or threats based on the situation in Colleyville.

I’m thinking of the Jewish community across Texas on another terrifying day.

No person should ever have to fear for their safety in their place of worship. We must address anti-Semitism while urgently working to fight hatred, bigotry, and violence throughout America.

I am closely monitoring the hostage situation taking place in Congregation Beth Israel in Colleyville, Texas.

We pray for the safety of the hostages and rescuers.

The Texas Dept. of Public Safety is on the scene of the tense hostage situation in Colleyville, Texas.

They are working with local and federal teams to achieve the best and safest outcome.

KRLD has reached out to law enforcement for more information.

Rabbi believed to be taken hostage in TX is Lansing native 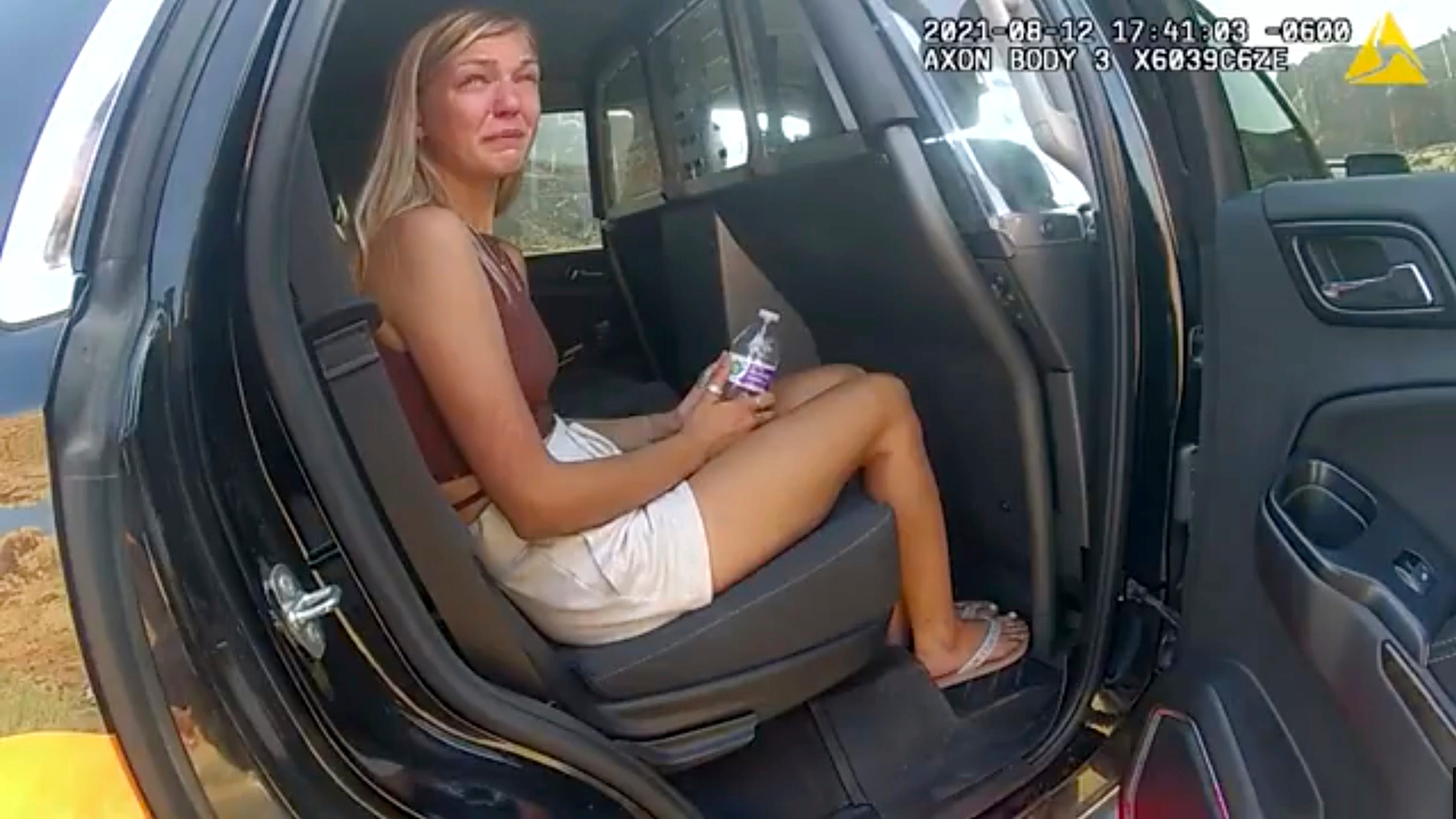