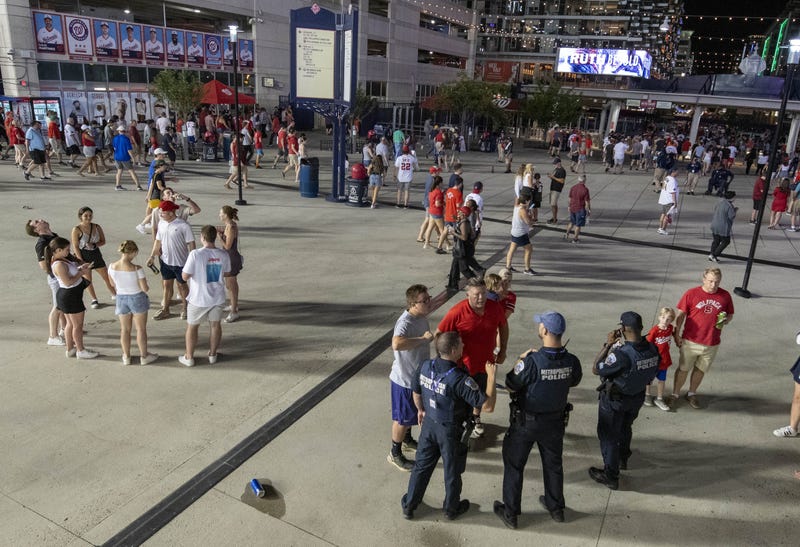 A little girl’s heartbreaking interview is gaining attention after a shooting over the weekend that happened outside of Nationals park during a Major League Baseball game between Washington and San Diego.

Police say that three people were shot outside the ballpark on Saturday night (including one fan standing outside) and the sounds of gunfire could be heard from inside the stadium.

Players ran into the stands to gather loved ones and escort them into the clubhouse, while fans were told to remain in their seats and not rush the field. The PA announcer told fans shortly after they could exit through the right and center field gates safely.

Officials say that two vehicles were involved in a shootout near the stadium during the game.

An eight-year-old, who was at Saturday night’s game, told WUSA9 reporter Jess Arnold on Sunday that she didn’t panic because it was her second time being close to a shooting.

“It was my second shooting, so I was kind of prepared because I always and expecting something to happen,” the younger girl told Arnold.

Sober reminder of what far too many kids in DC face daily.

When I asked this 8 y/o girl - who was w/ her family at last night's game - how she felt when they heard shots, she said, "It was my second shooting, so I was kind of prepared."

This should not be normal. @wusa9 #Nats pic.twitter.com/H8Pqn8iF46

Saturday’s game was postponed and resumed on Sunday.