EXCLUSIVE: Mayor Garcetti reflects on his time as L.A. mayor in his final KNX News interview. 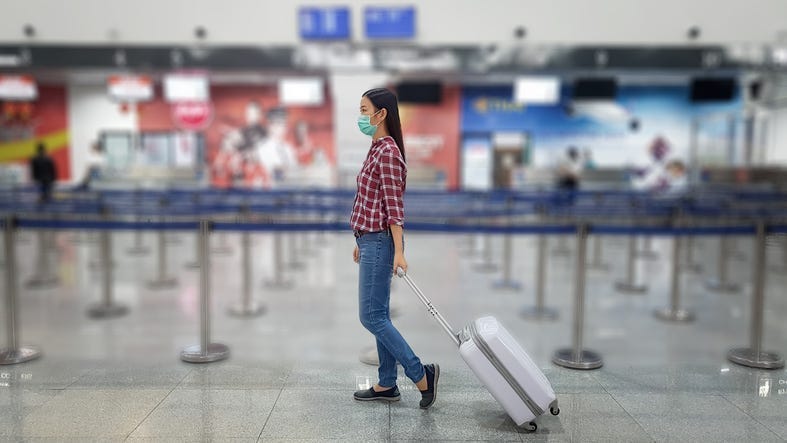 With social distancing guidelines in effect well into May in some states, many are wondering when they might be able to travel again. Optimistic experts predict summertime travel while others are projecting the return of travel to hit in 2021.

Dr. Anthony Fauci, director of the National Institute of Allergy and Infectious Diseases, has said that summer travel "can be in the cards, and I say that with some caution." While a drastic slow in the spread of infections could lead to safe traveling conditions, a spike in cases could change that projection for the worse.

In a survey, most Americans have said they would return to air travel after four to six months while more than half have said they'd wait a year or more before going on a cruise again. In fact, the CDC has extended its no-sail ban and has not indicated when cruises might be able to set sail again, the Los Angeles Times reports.

Roger Dow, chief executive of the U.S. Travel Assn. has said that travel will rebound, but generally, it won't happen until next year.

Meanwhile, Alan X. Reay, president of the Irvine hotel brokerage firm Atlas Hospitality, thinks that travel will return bit by bit, beginning with short summer trips to small hotels. He believes travelers will begin to hit the road again "sometime in July. The [hotel] properties that will recover the fastest are those that are located in drive-to markets. You're going to have people reluctant to travel by plane."

Reay's not the only one who believes people will be more likely to travel by car before returning to airplanes. Clayton Reid, chief executive of travel industry analyst MMGY Global, predicts that "2020 could well become the year of the car."

Since people will probably be more likely to travel by car rather than airplane, Reay explains, "I bet companies that rent out RVs and sleeper vans will do a fantastic business this summer."

Another factor that will affect how travel bounces back is the promise of family gatherings on the other side. Chip Conley, founder of Joie de Vivre Hospitality and advisor to Airbnb, says, "Some kinds of experiences - weddings, family reunions, transformational travel - may snap back faster because it's the promise of happiness and connection with people you know or will get to know deeply."

Additionally, William Heinecke, chairman of Minor Corp., has said that he expects the Chinese will begin traveling again before Americans do.