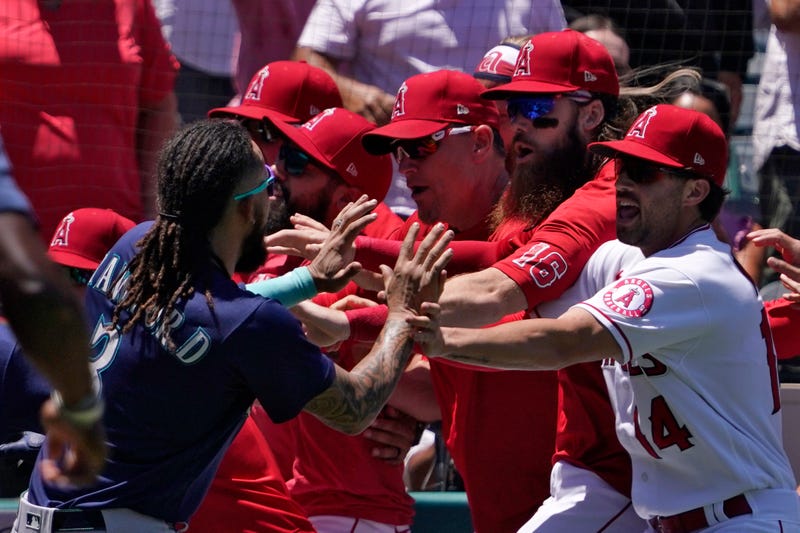 Seattle Mariners' J.P. Crawford, left, and several members of the Los Angeles Angels scuffle after Mariners' Jesse Winker was hit by a pitch during the second inning of a baseball game Sunday, June 26, 2022, in Anaheim, Calif. Photo credit AP Photo/Mark J. Terrill
By The Associated Press

Nevin and Winker were two of 12 players or coaches suspended between the teams, according to an MLB release Monday night.

Angels third baseman Anthony Rendon, who is out for the rest of the season after undergoing wrist surgery, will be suspended five games when he returns from the injured list. For now, he is prohibited from sitting on the bench for the next seven games.

Nevin received a signifcant suspension for Angels opener Wantz intentionally throwing at Winker while warnings were in place for both teams. Nevin made the late decision to pitch Wantz instead of scheduled starter Jose Suarez.

The punishments were announced within 90 minutes of Los Angeles' and Seattle's games Monday night.

Winker was hit by the first pitch of the second inning by Wantz, who had also thrown a pitch behind Rodríguez's head during in the first inning. Wantz, who is suspended for three games, is the only player not appealing.

The pitch to Rodríguez appeared to be the Angels' response to Erik Swanson’s 95 mph fastball near Mike Trout’s head during the ninth inning Saturday night. Trout voiced his frustration about the pitch following the game.

Winker reacted to getting hit by Wantz, angrily yelling and gesturing toward the Angels’ dugout. That resulted in both benches and bullpens emptying near Los Angeles' dugout on the third-base side. The brawl lasted nearly four minutes, with both teams appearing to throw multiple punches.

The game was delayed for 18 minutes. Of the eight who were ejected, Seattle manager Scott Servais is the only one who wasn't suspended.

Before the bans were announced, Nevin disputed that he used Wantz to throw at Seattle's players.

“That’s not factual. But I don’t want to get into a war of words with that," Nevin said. "What’s done is done. Yesterday’s over and done with. We’re focused on the White Sox today.” 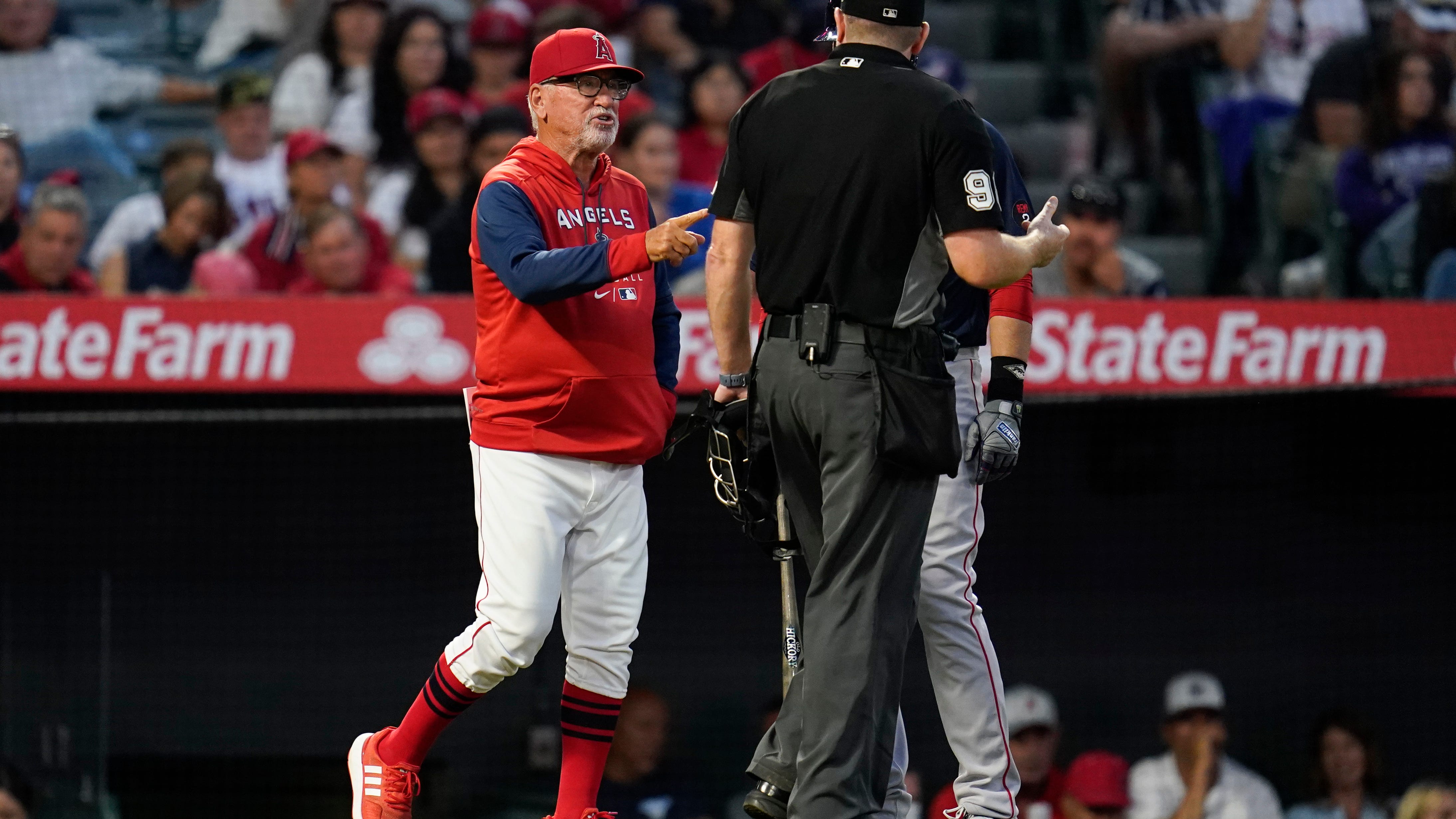 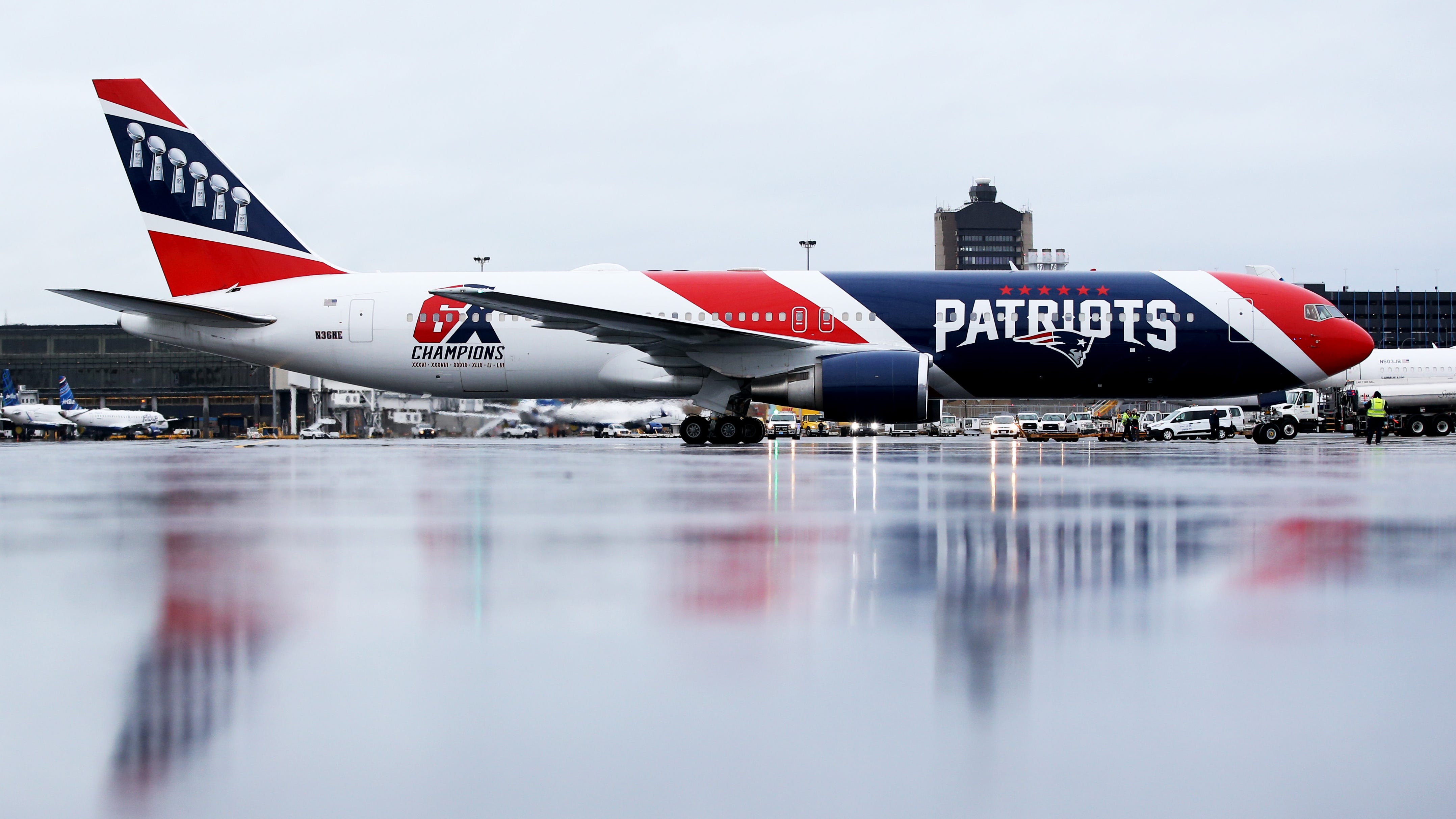 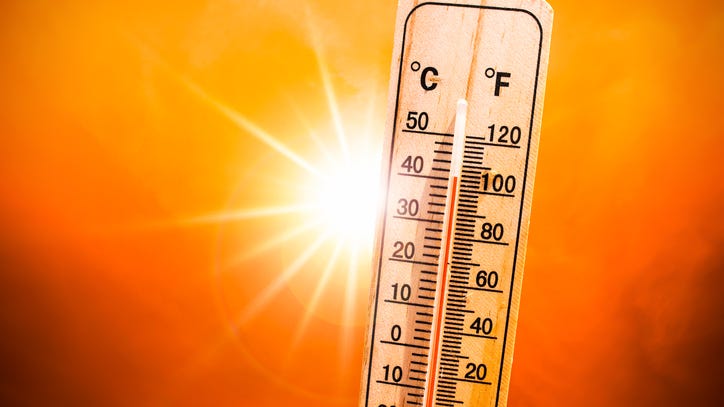