LOS ANGELES (KNX) — Los Angeles County Sheriff Alex Villanueva gave an end of the year summary Wednesday, sharing that overall crime in the county has gone up with homicides and grand theft auto up 94% and 59% over the last two years, respectively.

“Patrol stations are operating at 71%. When deputies are either injured, relieved of duty, light duty, or retire, there is nobody to replace them,” Villanueva said, adding that remaining deputies must cover the absences while “positions continue to be filled in all other Los Angeles County departments, except for the Sheriff’s Department.”

In a statement shared by the LASD, the department said accountability is something Villanueva takes great pride in, which is why hundreds of personnel have had to answer for their actions.

“Under his leadership, a total of 949 personnel members have been disciplined and 132 have been discharged for offenses that include use of alcohol, false statements, sexual misconduct, domestic violence and excessive force,” the department said, adding that last year Villanueva ordered changes to administrative investigations that allow for existing “dministrative and criminal investigation for specific cases to speed up investigations.”

“[The Sheriff] expressed his frustration and said such investigations should take 90 days and not six years.”

Villanueva also highlighted his work to create the department’s “Special Alert System'' for 911 calls involving mental health crises. The program allows families to register a loved one who suffers from any impairment in the LASD’s system so deputies are aware ahead of time when responding “and use the best approach on the person involved,” the department said.

In addition to the department’s work to take non violent approaches for special alert calls, Villanueva said next month LASD will begin a pilot program in Men’s Central Jail that tests the use of 50 body cameras worn inside the jail.

“The Department will begin testing the use of the ‘live streaming’ feature of the body-worn cameras in patrol for the benefit of the Mental Evaluation Teams,” LASD said, explaining that the program begins on Feb. 13. 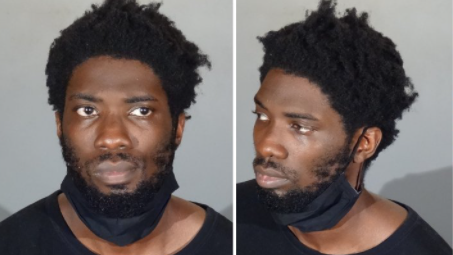