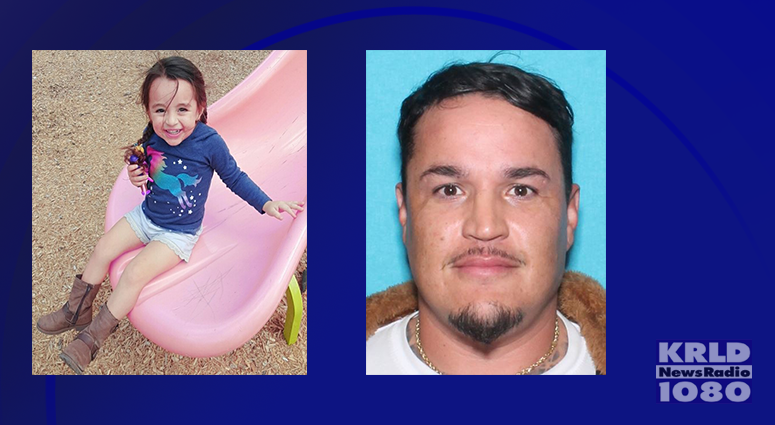 An Amber Alert has been issued out of the San Antonio area for a 2-year-old girl.

The Bexar County Sheriff's Department is searching for Jaya Trevino and says she's believed to be with Juan Trevino in a black 2014 Nissan Sentra with Texas Plates MKS-1273.

Jaya is white with brown eyes and hair and was wearing a pink t-shirt with the words "Big Sister' on it written in pink and purple.

The Sheriff's Department says Jaya could be in grave danger.