A Tornado Warning in effect for North Dallas until 2:45 p.m. 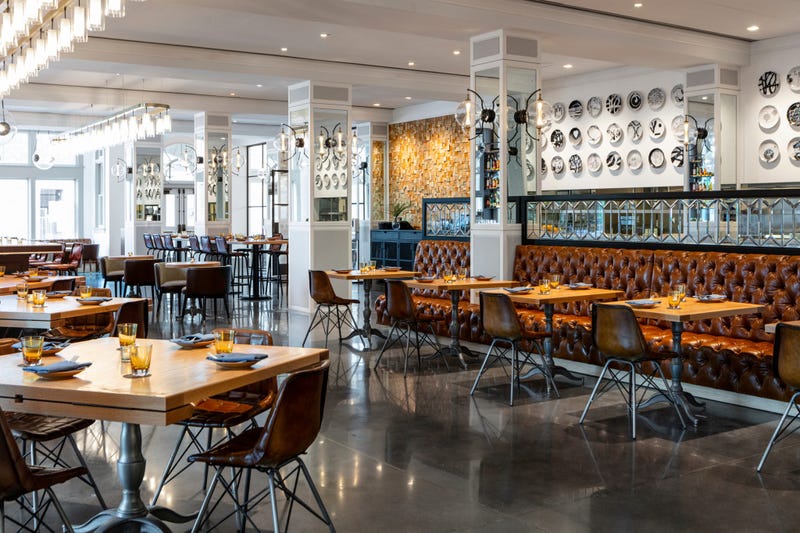 The first hotel in Deep Ellum opened for business this week.

The new Kimpton Pittman Hotel is occupying the "Knights of Pythias" temple that was first built in 1916 but had been vacant for decades.

The developer, Kimpton Hotels and Restaurants, worked with the Dallas Historical Society to restore the building.

"It's the perfect blend of old and new," says Kimpton Pittman General Manager Jack Murray. "I think when people walk in, they're going to feel that. They're going to see this sense of history."

The 165 room hotel is named for William S. Pittman, the son-in-law of Booker T. Washington and architect who designed the building.

Murray says Kimpton tries to integrate itself into the neighborhood where each of its properties opens. In Deep Ellum, he says the hotel partnered with Good Records in Deep Ellum and will play music in the lobby and can offer guests vinyl records to play in their rooms or to purchase.

"(Deep Ellum) is one of those neighborhoods like Lower Greenville or like Uptown that have come into their own over the last decade or so, but it's always been a neighborhood people have always been drawn to," Murray says. "It's one of those areas that is rapidly changing. We look at this as sort of the 'Gateway to Deep Ellum.' From downtown, as you leave downtown and come into Deep Ellum, we're literally on the very first corner."

The hotel also has 8,000 square feet of meeting and event space, a 4,200 square foot ballroom and a 475 square foot conference room. Murray says the hotel is following guidelines for enhanced cleaning procedures and has hand sanitizing stations set up throughout.

"Really when you get here, you will notice a visible presence in terms of cleaning and everything is wiped down, sprayed and hand sanitizer everywhere," he says.