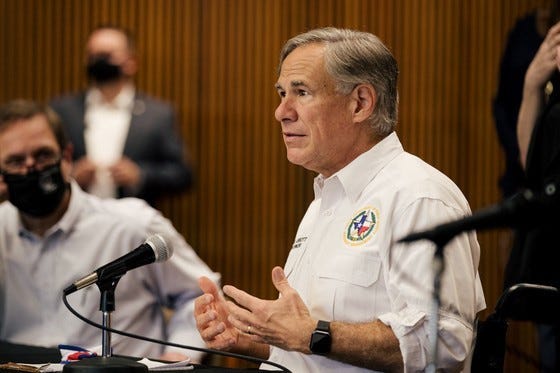 While providing a COVID update in Beaumont on Tuesday, Governor Abbott spoke of the state’s efforts to improve testing response times as the positivity rate for the virus hits an all-time high at nearly 24%.

Abbott said he expects the turnaround time on COVID tests to improve in the near future due to two reasons. “One is because we are getting additional testing supplies that will allow us to provide rapid testing in nursing homes across the entire state,” said Abbott. “In addition to that, we are in the process of working with labs in the state of Texas…that will provide more robust, quicker turnaround of higher volume of tests.”

When asked by reporters about his timeline for allowing bars, breweries and wineries to reopen, Abbott was not able to provide one, instead listing several benchmarks the state would need to hit first.

“If we were able to get to a positivity rate of well below 10% and maintain that positivity rate and we were able to get to a situation where we were back in the May timeframe of low hospitalizations because of COVID-19 and sustain those rates for a prolonged period of time and if all operators of bars and restaurants and establishments were to follow the safety protocols that were put into place when from the very beginning that required patrons of bars to not stand up, not walk around, not converse without masks, not go to the bar itself but to remain seated at a table in small gatherings and be in a situation where they were avoiding transmitting COVID-19, that could lead to the reopening of those bars,” Abbott told reporters.

He went on to say now is the time for Texans need to be vigilant in order to slow the spread of the virus.

President Trump’s recently announced plan to team up with states to provide an additional $400 per week in unemployment benefits was also brought up. Governor Abbott wouldn’t say whether the program would become available to unemployed Texans.

Abbott did say he spoke with Vice President Mike Pence and Treasury Secretary Steven Mnuchin about the plan on Monday. “The administration continues to negotiate with the Democrats, both in the U S house, as well as the U S Senate on what the plan will look like,” said Abbott. “I have every reason to believe that when all the final deal is worked out, there will be a more robust deal that is struck between the administration and between Congress to make sure that unemployment benefits will be provided adequately.”