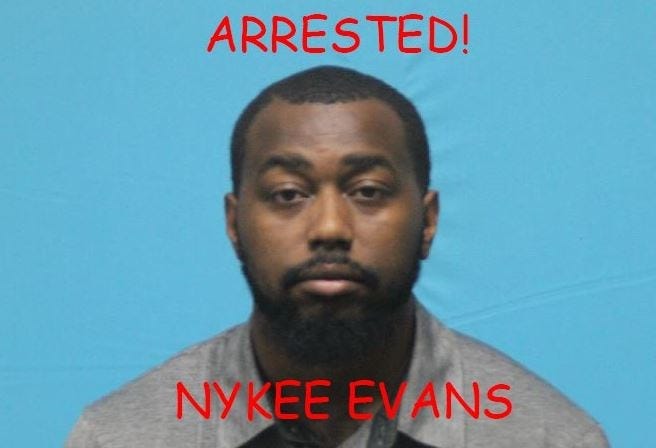 SOUTHLAKE (KRLD) - The Southlake DPS has arrested a man suspected of stealing hundreds of cell phones over a two-year period. The suspect worked at the AT&T store in Southlake.

Investigators say 26-year-old Nykee Don Evans worked at the store from November of 2016 to October of 2018.

"When a customer would come in, he would open up a second line on their account and on that other line he would by the newest and most expensive iPhone," said Officer Brad Uptmore with Southlake DPS. "After that he would have his buddies that would come and pick up the iPhone."

Investigators believe Evans repeated the scam hundreds of times, eventually opening up 640 fraudulent accounts and charging more than $660,000 to victims.

A detective with the Southlake DPS worked with AT&T to determine the extent of the fraud scheme. Police opened their investigation after getting a complaint from an elderly victim in December. He had been fraudulently billed fro 6 iPhones for a total of $6,000.

Evans was arrested on Wednesday at his new job in Irving and booked into the Tarrant County Jail. He's charged with theft over $300,000, which is a first-degree felony. He's also charged with fraudulent use of an id/elderly, which is a third-degree felony. Police expect prosecutors to file more charges as more victims come forward.