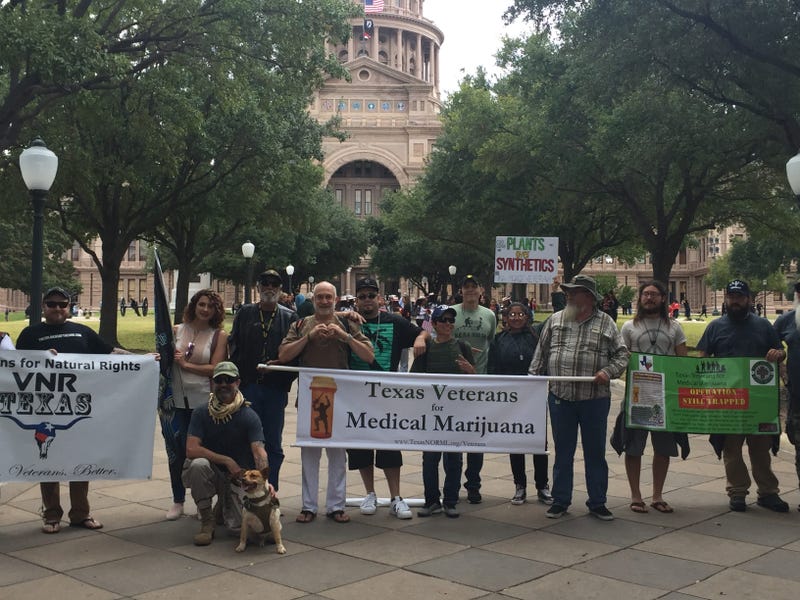 AUSTIN (1080 KRLD) - This year’s Veterans Day parade in Austin was complete with war heroes, marching bands and thousands lining Congress Avenue to watch. But 21 year Army vet David Bass, the founder of Texas Veterans for Medical Marijuana (TVFMM) found himself and his group on the sidewalk, blocked from participating.

For the second straight year the group was banned from marching behind their banner by the Austin Veterans Parade Foundation Committee.

Bass says it was last year when the Foundation first rejected their application. Bass says it was “because they said that we’re a political organization and our banner will upset people because it has the word ‘marijuana’ on it.”

Bass unsuccessfully argued that the group wasn’t political and that they’re actually just a Veterans Healing Movement. “We’re just a group of veterans, brothers and sisters, working to heal from our battle-wounds and we choose a natural plant instead of the pills that our VA doctors give us.”

Some of the members of TVFMM did march in the parade along with those from Veterans for Natural Rights. Bass and the rest of the group instead stood behind their banner out front of the State Capitol at the end of the parade route. Bass said, “The veterans walking by all gave us the thumb’s up, they came over and shook my hand. They took their pics with the sign. We had fantastic support today from all the veterans marching in the parade.”