In partnership with the SPCA of Texas, NewsRadio 1080 KRLD brings you 'Adoptable Pet Pals,' a weekly feature to introduce you to animals that are ready for adoption.

KRLD's Kristin Diaz along with Maura Davies from the SPCA highlights the critical need for adopting families at local animal shelters by showcasing an "Adoptable Pet Pal" that has stayed at the shelter too long. 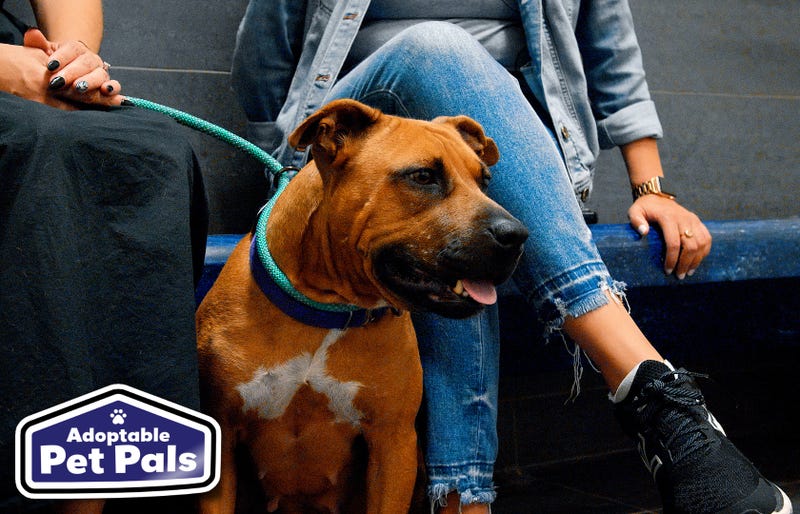 She is an adorable and snuggly mixed-breed dog waiting for a forever home with the SPCA of Texas. Penny has a light brown coat and big smile to go with those puppy dog eyes. She weighs 51 pounds, putting her slightly into the large dog category. Penny isn’t too picky about what kind of home she goes to. A house or even an apartment would be fine, as long as there is a lot of love there. Penny thrives on attention and wants to please. She usually does well with other dogs, so any current pets can be brought down to the shelter for a meet-and-greet. She’s good with kids too, bring them along as well. Penny is finishing up treatment for heartworms, and the conclusion of treatment will be taken care of by the SPCA of Texas at no cost to the adopter. 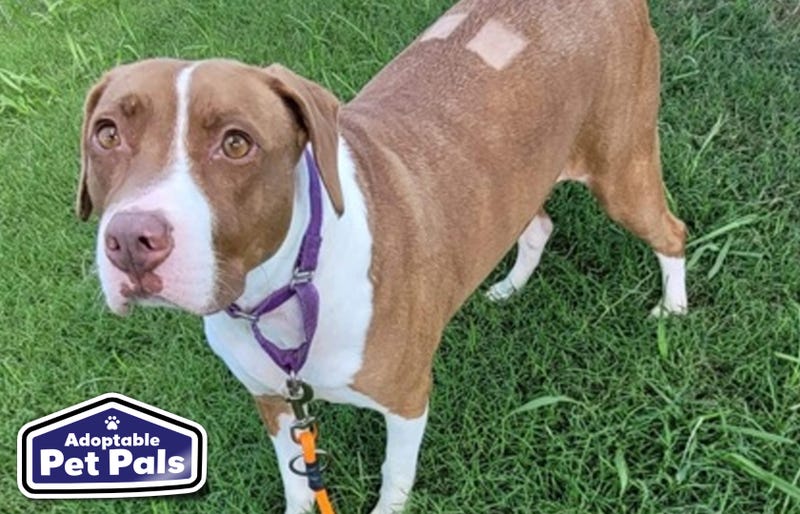 Meet Sissy! She is a big mixed breed dog who weighs 57 pounds and is approaching 2 years of age. She has a nice beige-on-white coat and light brown eyes that just beg for attention. She came to the SPCA of Texas from a seizure in Hopkins County. Sissy is a smart dog. Staff members at the SPCA of Texas often use Sissy as a “helper dog” because she is able to assist with other dogs during play groups, showing them how to dog properly. Sissy can be a bit shy at first meeting, but once she is comfortable, she will be a BFF for life. She seems to do well around children too, especially those who know how to start off slow. A meet-and-greet is recommended for all family members. 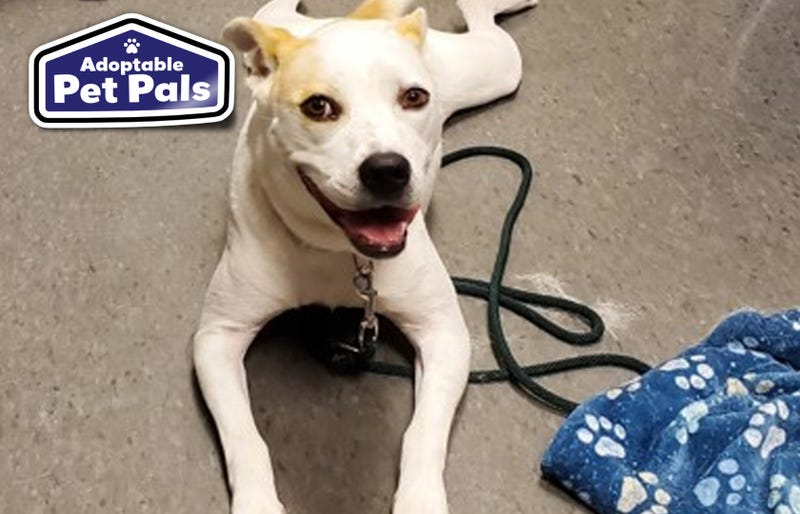 This guy is a cuddly little firecracker. He has tons of energy, but he loves just about everybody (especially those “everybodies” who have the forethought to come with treats). Jimbo is a large mixed breed dog at 56 pounds. He has a light coat with some brown highlights swirled in. He has a big smile and sparkling eyes. Jimbo would love to have a big yard to romp around in, but it would need to be securely fenced by a solid wall at least 7 or 8 feet in height. This little guy has some serious jumping ability. Jimbo came to the SPCA of Texas last year as a stray. He’s been out on his own before, and he definitely would rather spend his life with a loving human family going forward. 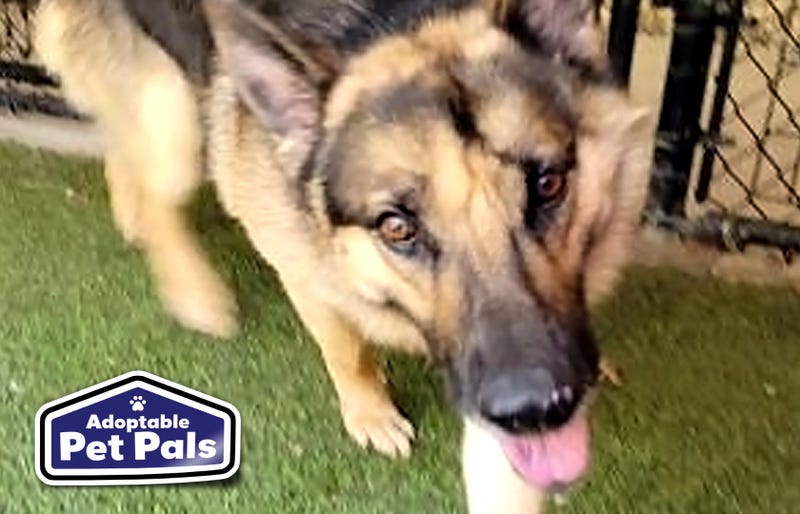 Don’t let the name fool you, this German Shepherd mix is a love dumpling. He is almost 3 years old and weighs in at 80 pounds. Those familiar with the breed will love his grace, poise and energy. Scar came to the SPCA of Texas from an animal cruelty seizure in Hunt County last year. He has done exceedingly well in the shelter, becoming a favorite guest of the staff, but will do even better in a loving forever home. He is intelligent and highly trainable, as he has an innate eagerness to please. He is a Shepherd though, and a powerful one at that. It is recommended that he go to a home where all the children are at least 12 years of age. He seems to do well with other dogs too. 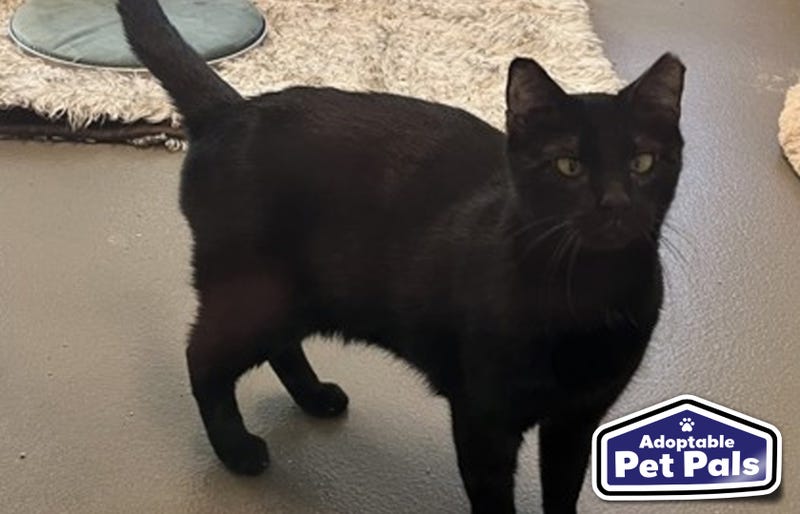 She is the queen of cat condo! Actually, she is a somewhat timid little kitty who is hoping for the perfect home while she waits at the SPCA of Texas. Cleopatra is almost 4 years old and weighs a mere 7 pounds. She is covered in a regal black coat with big, wondering yellow eyes. She was seized from an animal cruelty case back in May, so her starting out point in life was a little shaky. She’s come a long way since those days, but still needs an understanding human friend. Her ideal home will be calm and serene while she adjusts to the new environment. Rambunctious kiddos can be very frightening for her, so a home with children over 12 who can be respectful of a cat’s needs is best.

KRLD values the connection between animals and people. Through the incredible selflessness of animal advocates who rescue, rehabilitate, foster and adopt animals, we hope to be partners in finding safe and forever homes for these animals in need.

Regular adoption fees are $150 for puppies and kittens aged 0-6 months and $75 for adult dogs and cats aged 6 months or older. Fee includes spay/neuter surgery, age-appropriate vaccinations, a heartworm test for dogs six months and older and a FIV/FeLV test for cats 4 months and older, initial flea/tick preventative and heartworm preventative, a microchip, 30 days of PetHealth Insurance provided by PetHealth, a free 14-day wellness exam with VCA Animal Hospitals, a rabies tag and a free leash. 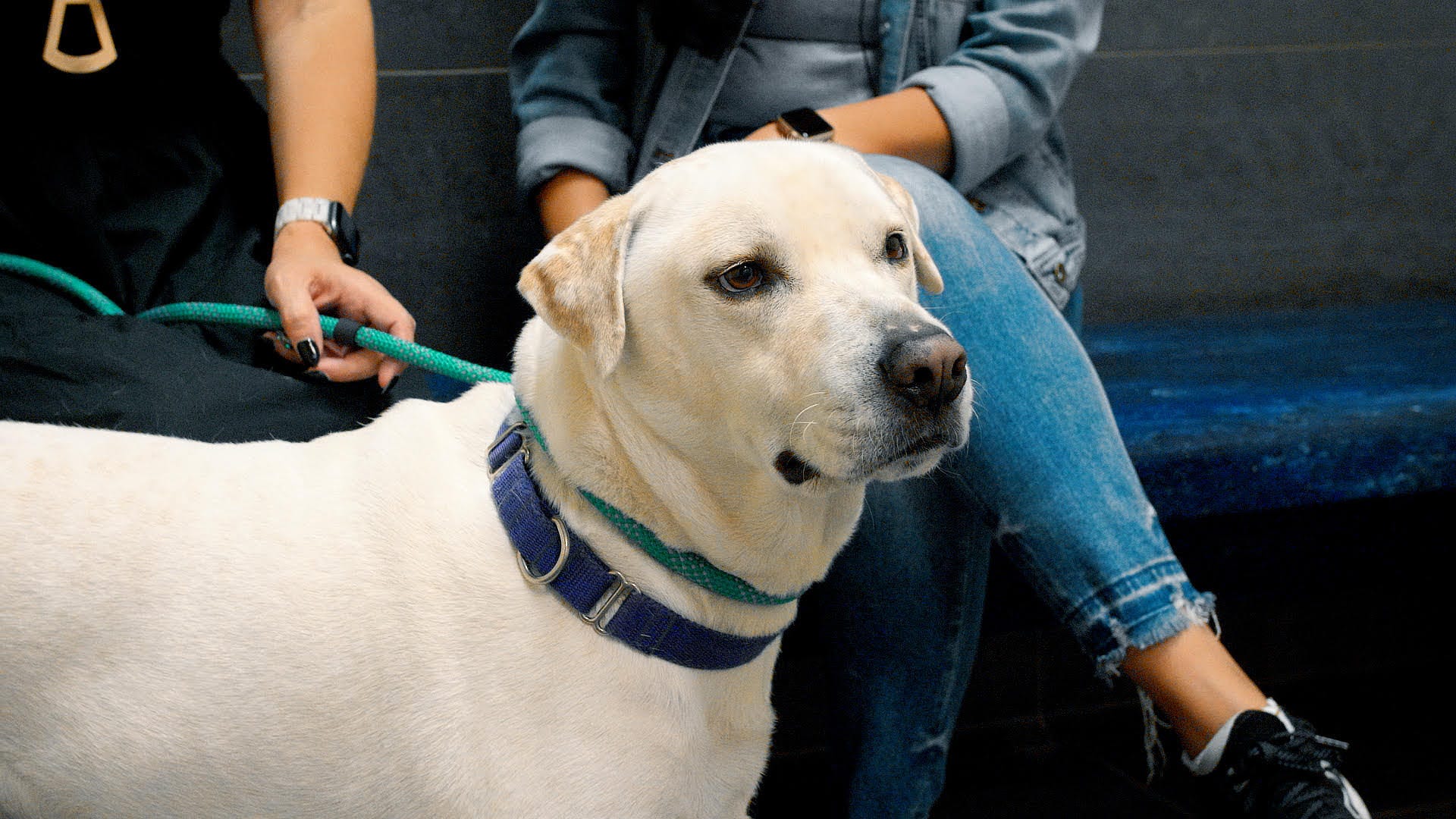