Governor Abbott is directing law enforcement to arrest those crossing unlawfully and have them held at the Briscoe Unit in Dilley. Inmates incarcerated there have been moved elsewhere.

Democratic State senator John Whitmire is the chair of the Senate Criminal Justice Committee. He says 300 trustees were left behind to run the prison. He doesn't think the governor has thought this through. "I just think it is one of the more bizarre gimmicks I have heard in a long time. I would probably believe it would be stopped by some federal court sooner than later."

He says this will be expensive for personnel and security.  "Do you deny bond, although the state constitution says everyone confined for a state offense is entitled to a bond. I assume you won't bond out immigrants."

As part of his plan to crack down on border crossings, Abbott recently announced that  individuals who enter Texas illegally will be subject to arrest and confinement for trespassing. This order builds upon the Governor's disaster declaration that directs the Texas Department of Public Safety to enforce all federal and state criminal laws for criminal trespassing, illegal entry, smuggling, and human trafficking.  Whitmire believes this action is illegal.  In 2012, the Supreme Court ruled against  Arizona, saying the state did not have the power to implement its own immigration laws.

He says until now, migrants have been held in federal immigration detention facilities, not un-airconditioned prisons.  Briscoe, like most Texas prisons, lack air conditioning.   He doesn't think Abbott knows how long these people will be held or whether they'll have access to their families.  "And then to bring Trump down to the border at the end of the month?  I hope the public sees it for what it is.  It's not a public safety or border security issue.  It's a political campaign stunt as far as I'm concerned."

In an email, Jeremy Desel, director of communications for the Texas Department of Criminal Justice writes:

Beginning on June 16, the Texas Department of Criminal Justice (TDCJ) began moving inmates from the Dolph Briscoe Unit in Dilley, Texas, to other facilities with available capacity throughout the state. This action will allow the unit to serve as a central holding facility for non-TDCJ detainees who have been arrested and charged with a state offense. Fortunately, the agency currently has the available bed capacity to assist in Operation Lone Star.

TDCJ is working collaboratively with the Office of the Governor, Texas Department of Public Safety, Texas Commission on Jail Standards, Texas Commission on Law Enforcement, and the Texas Division of Emergency Management to ensure the safe and secure detention of unlawful immigrants charged with a state offense. While in the custody of TDCJ, the agency, in conjunction with the Windham School District and the University of Texas Medical Branch, will provide appropriate services to the population." 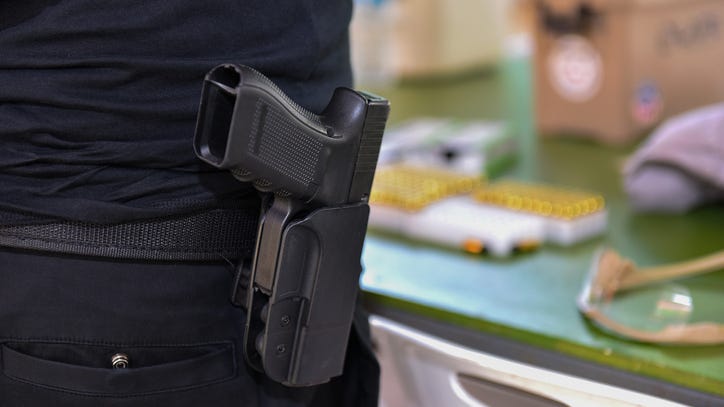