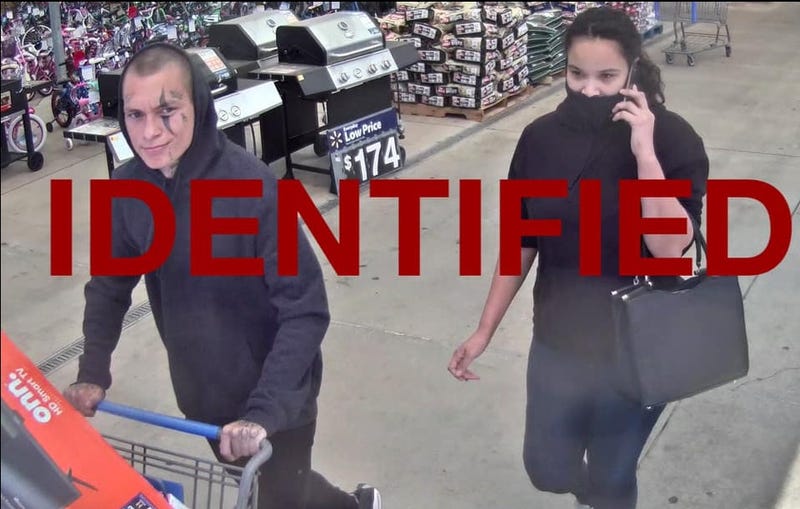 Fort Worth police say they have identified two rather brazen shoplifters who were seen on security video rolling a basket of merchandise out of a southwest Fort Worth Walmart.

Last month, in the middle of a Saturday afternoon, the two suspects, a man and a woman, were seen leaving the store with a cart loaded with electronics.

The woman was wearing a mask but the man was not and he glanced right at a security camera, clearly showing his face with some distinctive tattoos.

The suspects have been identified. (He is literally smiling at the camera): On Sept. 25 at approximately 2:30 p.m.,...

Posted by Fort Worth Police Department on Tuesday, October 12, 2021

In publicizing the photos, police asked anyone who recognized the pair to contact investigators. Evidently, someone did because police now say the suspects have been identified.

Their names have not been mentioned publicly and there's no sign they've been captured. But with their names known, police now have something more to work with. 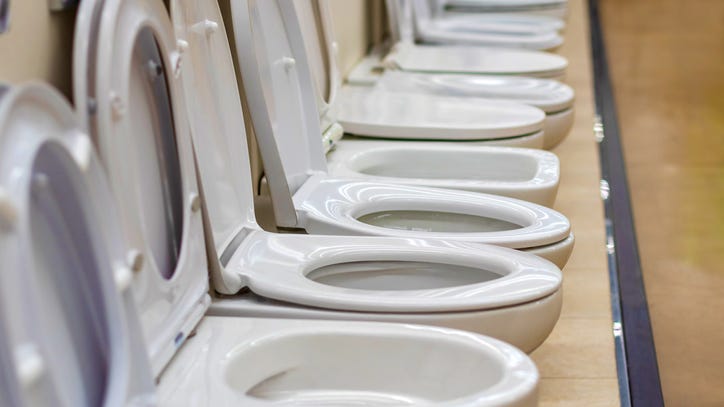