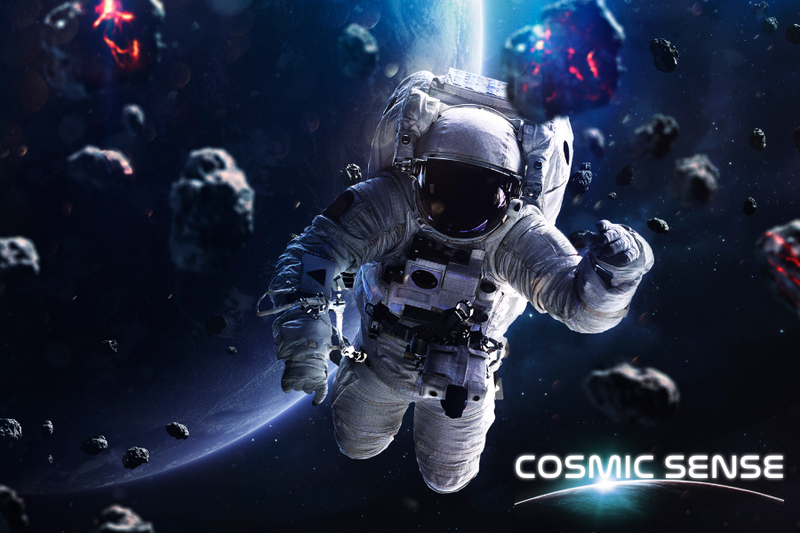 In the increasingly divided society we currently live in, you might wonder, what does anyone truly have in common? Though we all have differences, there’s one commonality that has prevailed for all of humanity: we are all floating on a rock, flying through outer space at over a million miles an hour.

For years, humans have ventured away from that shared rock in hopes of learning about the universe and ultimately how it created us.

Here are 5 facts about space that are sure to fascinate and scare you.

1. No One Can Hear You Scream 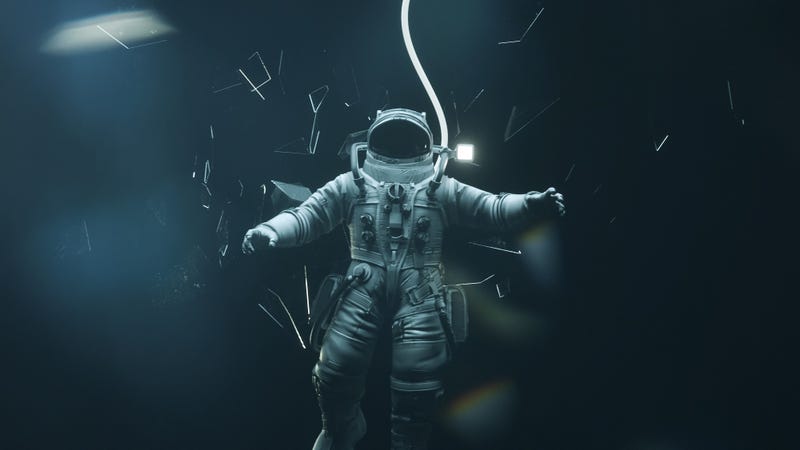 The idea of floating alone through the blackness of outer space is a scary thought alone. To make it even more frightening, no one would be able to hear your screams for help. In fact, the scream wouldn't even leave your mouth!

Since sound is a mechanical wave and requires a medium to travel through, and since outer space lacks air, no sound would be made if you were to scream. This is why astronauts use radio waves to communicate in space.

Granted, you wouldn't be able to scream much less breathe without a helmet on, but it is still scary nonetheless.

2. THE UNIMAGINABLE VASTNESS OF THE COSMOS 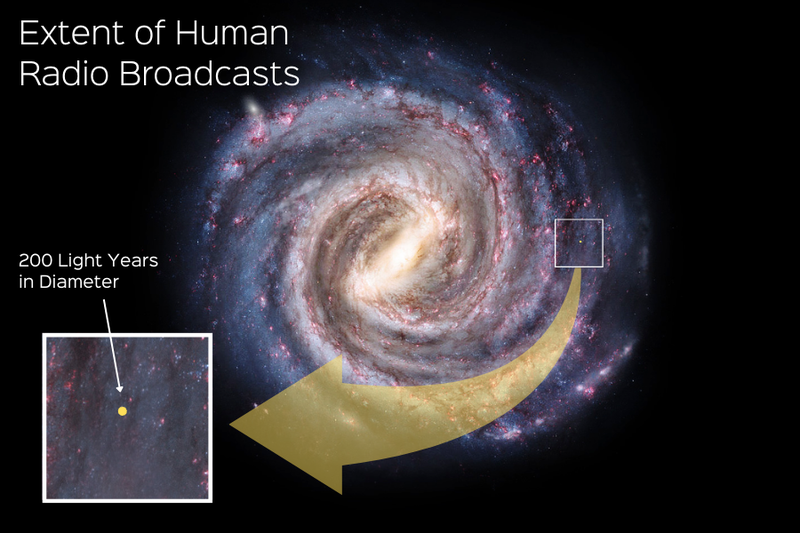 Are we alone? This is one of humanity's biggest mysteries, and for over 100 years, we've been exploring that question.

Since the first radio was invented, humanity has consistently sent out radio signals into the cosmos in hopes that someone or something would receive them and learn of our existence.

That might give you some hope that we could possibly find some other intelligent life until you realize that even after a century of broadcasting, we've barely scratched the surface of even our own galaxy, the Milky Way.

In the image above, the yellow dot represents how far our radio broadcasts have extended into the Milky Way. Though it may look tiny, it spans over 200 light years. This puts into perspective just how vast our universe truly is. In fact, to travel 200 light years, even with our fastest spaceships, would take over 7 million years!

Even at the speed of light, the fastest possible speed, interstellar travel is currently not promising. The video below exhibits that although the speed of light seems relatively fast to us, across the vastness of space, it's hardly fast at all.

3. We could possibly get trapped here on Earth 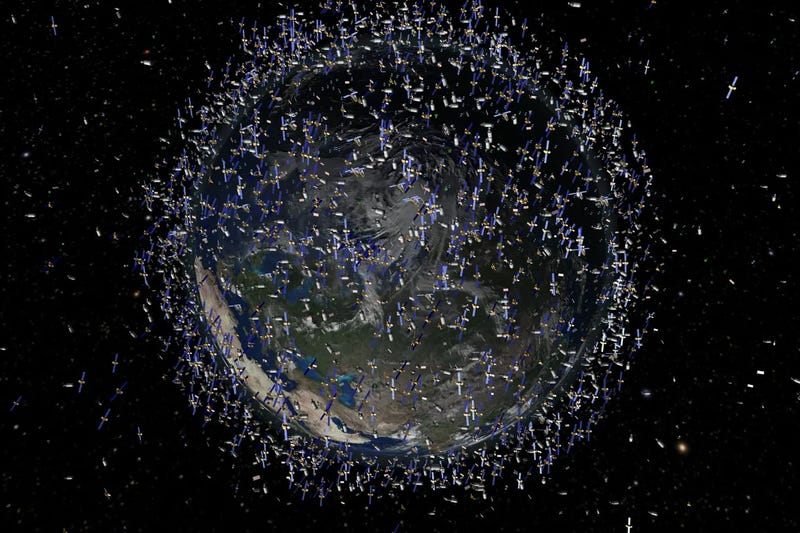 Being trapped in outer space with no way home is a terrifying idea that most people have likely considered, but what about being trapped on Earth?

Kessler syndrome or the Kessler effect is a scenario proposed by NASA scientist Donald J. Kessler in which objects in low Earth orbit (LEO) could become so abundant that collisions between the objects collide and generate a massive amount of space debris.

The collisions would create a snowball effect, making additional collisions more and more likely. Eventually, a massive cloud of space debris would surround the Earth, making it unsafe and potentially even impossible to leave the Earth's orbit.

With the increase in space exploration and already existing space debris, this theory could very well become reality one day. 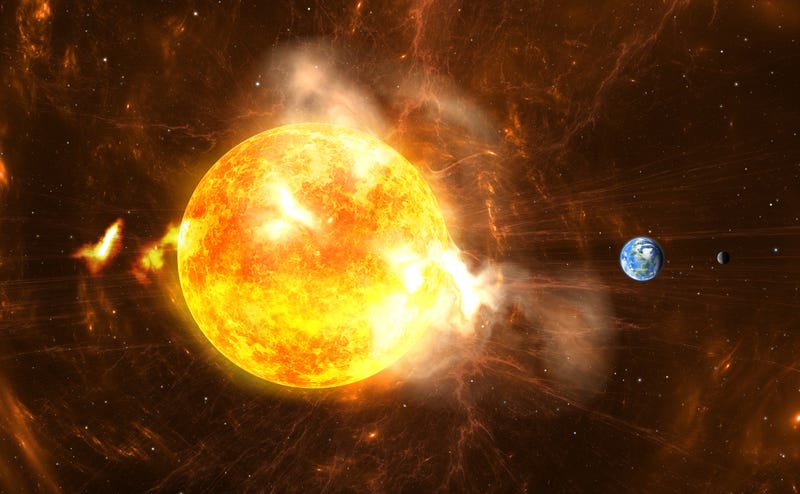 In 1859, British astronomers Richard Carrington and Richard Hodgson saw an unusual cluster of spots on our Sun, which turned out to be the most intense geomagnetic storm in all of history.

Massive amounts of material were ejected from the Sun and collided with the Earth's magnetosphere at very high speeds. It was even reported that auroras caused by the solar flare were seen across the globe. Telegraph systems failed around the world. Wires caught fire and even electrically shocked some operators.

The geomagnetic current was so strong that it allowed continued telegraph communication with no power source. Operators in Portland and Boston were able to hold a two-hour conversation powered completely by the current induced by the aurora.

If an event of this magnitude were to happen today, it could be devastating. The world would see massive blackouts, loss of communication, failure of satellites, and billions of dollars of damage.

Even more chilling, these events are completely unpredictable. In fact, the Earth narrowly missed a similar event in 2012.

5. You're flying through space 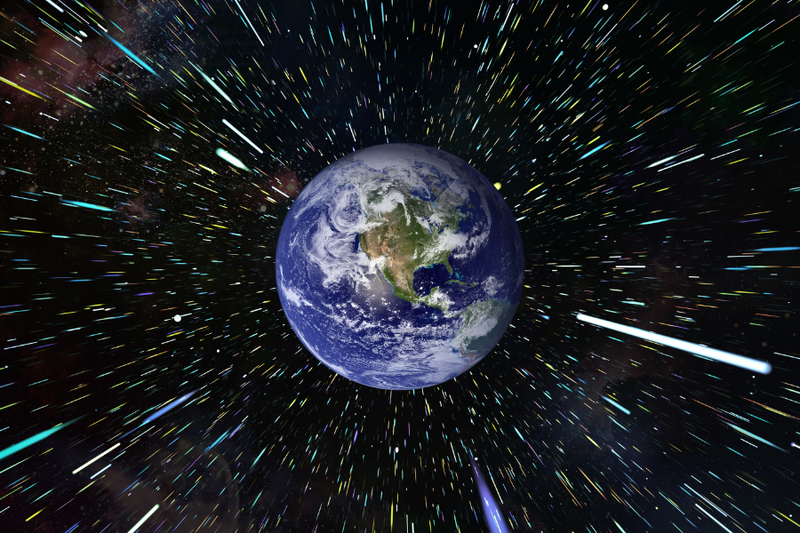 How fast are you moving right now? If you are sitting still and said you aren't moving, you would be wrong.

Let's break down just how fast you're moving through the cosmos.

It doesn't end there. The Earth, along with the rest of the solar system, is also in motion. It orbits the center of the Milky Way at 140 miles per second! Even at that speed, it still takes our solar system 200 million years to orbit the entirety of our galaxy.

The Milky Way itself is also speeding through space along with the Local Group, a cluster of nearby galaxies, at a rate of 25 miles per second.

If you add up these dizzying numbers, you'll find that we're moving at about 1.9 million miles every hour. Just sitting in your chair, you are traveling the distance from California to Florida every five seconds. 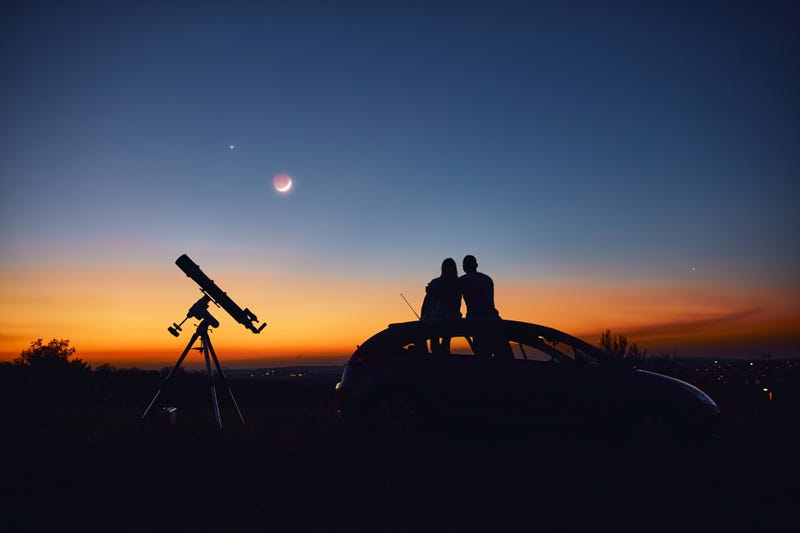 These facts and the topic of space alone can admittedly leave some people with a bit of existential anxiety. So, here's a more comforting fact that will hopefully leave you feeling grateful to be on such a magnificent planet!

Ever sat back and looked up to the sky to enjoy a solar or lunar eclipse? Consider yourself lucky, because that wasn't always a possibility.

The Earth is currently the only planet known to experience total solar and lunar eclipses. This phenomenon is coincidental because the Moon just so happens to be 400 times smaller than the Sun while also being 400 times farther away. This makes the Sun and the Moon appear the same size in the sky from Earth. Amazing, isn't it? Cosmic Sense: 10 breathtaking photos of outer space to get you excited for JWST's first photos