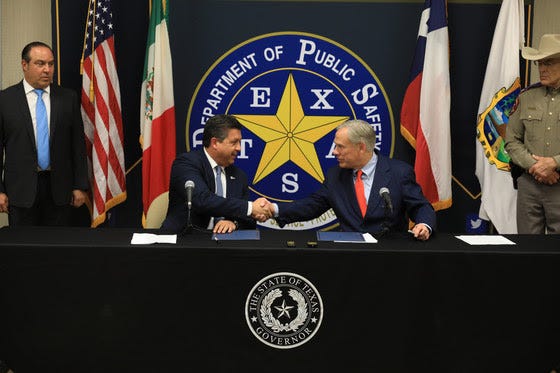 Photo credit Office of the Governor of Texas
By Steven Pickering, NewsRadio 1080 KRLD

Texas Governor Greg Abbott has signed an agreement with the Governor of Tamaulipas, Mexico for that state to step up its border security efforts.

"Because Tamaulipas has increased security on the Mexico side of the border and is committed contain low water crossings of illegal immigrants, the Texas Department of Public Safety can return to random searches of vehicles crossing all of the bridges from Tamaulipas," Gov. Abbott said during a news conference with Tamaulipas Governor Francisco Javier García Cabeza de Vaca in Weslaco. "They will remain that way as long as Tamaulipas executes this historic agreement."

The time for trucks to cross the border from Mexico into Texas shot up from less than 30 minutes to several hours after the inspection policy was put into place. One checkpoint had even more significant delays due to protests.

He also used his news conference on Friday to call for President Biden to change federal immigration enforcement policies. 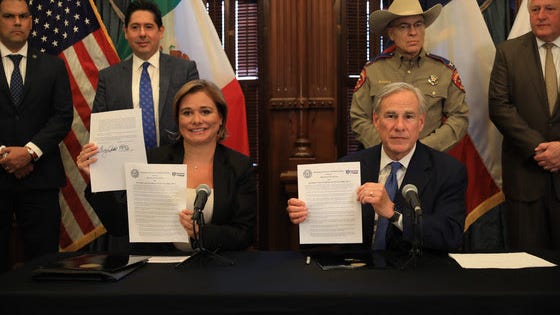 Abbott signs another agreement with counterparts in Mexico