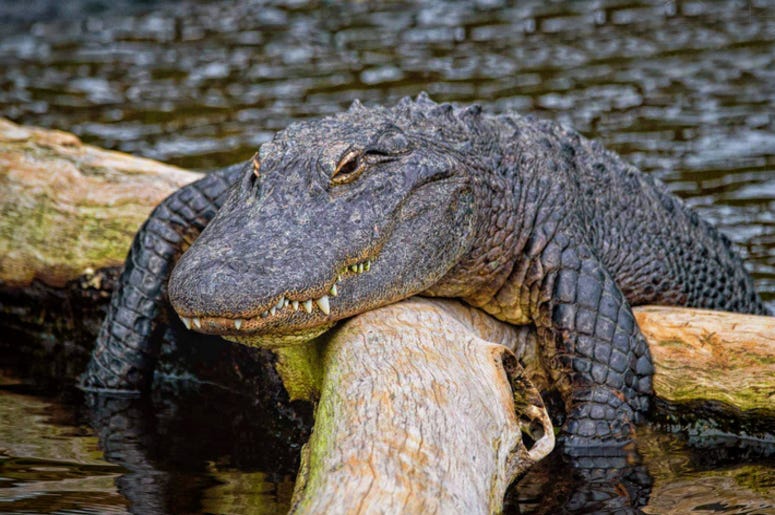 Alligator sightings aren’t as frequent in Texas as they are in places like Florida or Louisiana, so when one shows up, it always causes a bit of commotion.

Police in Fulshear, Texas were called recently to help remove a massive alligator after it was spotted wandering through a neighborhood.

While wildlife sightings are pretty common in Fulshear, alligators usually take a bit more effort to get rid of. It took five police officers to safely remove the alligator, according to Click2Houston. The crew eventually got the alligator back to a nearby pond. “When the Officer Stewart arrived on the scene the words from the movie ‘Jaws’ came to mind. ‘We’re going to need a bigger boat.’ Boat, being back up,” Fulshear Police wrote in a now viral Facebook post.

Police say they rarely see alligators in the area, especially ones that are as big as the one they helped remove from the neighborhood. They estimated the alligator to be around 8 feet long and weighing 600 to 700 pounds. Hopefully the massive gator decides to stay in its pond for the rest of summer.