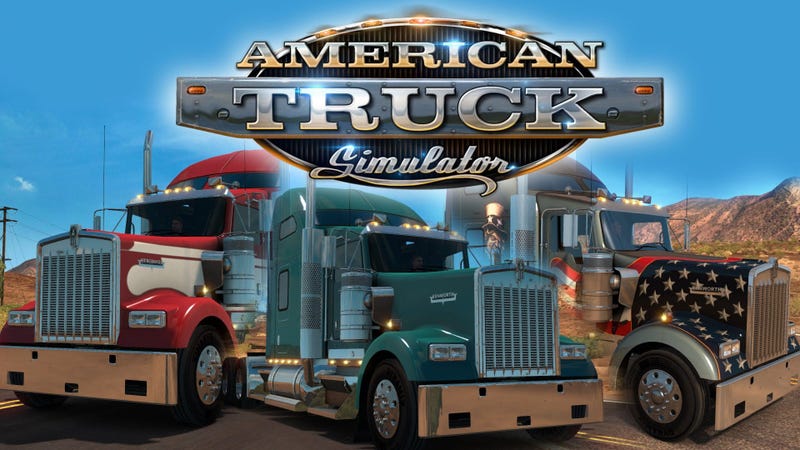 This week Jensen got us up on a video game called American Truck Simulator. It was released back in 2016 but has found an enormous cult following hitting its peak this year. It’s a sequel to a previously released truck game that didn’t really catch on quite as big, but both are true to life big rig truck simulator games.

In the game, players drive semi-trucks and move loads to destinations in exchange for money and experience points. With this description, you might be thinking of a frantic game along the lines of Grand Theft Auto, but the truth is - the cargo must be delivered within the allotted time with the least amount of damage done to the truck, in the slowest way ever. The game is also played in REAL TIME as if you are a real truck driver hauling loads on the open road.

Not only are you able to drive the trucks, but you will be able to run a trucking business by managing a fleet and hiring drivers. It also allows you to expand your business by applying for loans to purchase more trucks and garages to house your fleet.

The loads can range from simple deliveries of furniture to dangerous chemicals or explosives. That’s when the game gets really difficult.

Jensen thinks everyone should know about this, even if you’re not a gamer, you can at least look it up on Youtube - especially because the true appeal is the maps. It started with California and Nevada and it has now expanded to New Mexico, Oregon, and Washington State. They plan on eventually expanding and offering maps of the entire United States of America over the next few years.

At the E3 convention gaming companies revealed high profile titles with celebrity names attached to them, but none of them can dethrone American Truck Simulator - still surprisingly the #1 game on Steam. It’s available for both PC and Mac.

In a different life, Bean would have been a long haul trucker, and now he can live out that fantasy through American Truck Simulator.