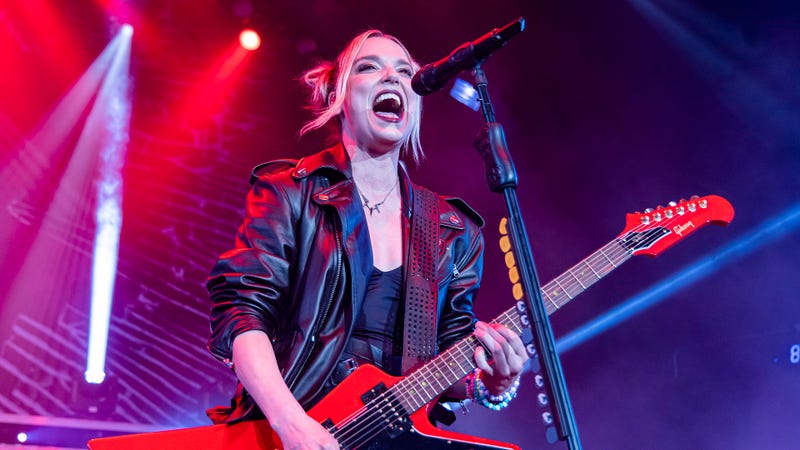 We’re back with another installment of 7 Rock songs you need to hear right now and our August picks are tracks you’re going to want to listen to nice and loud.

From veteran rockers to bands we haven’t heard from in some time, and newcomers that have burst onto the scene, here are 7 songs from Disturbed, 5FDP, Bush, Highly Suspect, BMTH, Halestorm, and Ghost that need to be added to your playlist right now.

Coming out swinging with their new single “Hey You,” Disturbed frontman David Draiman explains with a smirk, “we all live in turbulent times, don’t we? I think it’s reflected in a lot of our colleagues’ bodies of work, and in our body of work currently. We had two years of going down the rabbit hole of being cooped up and pent up. We’re pissed off and it’s time.”

Five Finger Death Punch‘s "Times Like These" is from their upcoming new record Afterlife, out August 19, when the band will also head out on the road with Megadeth, The Hu and Fire From the Gods.

Known for 3 decades of music, 20 Top 40 singles, 6 number ones, British rockers and GRAMMY-nominees Bush are returning with brand new music for 2022 with The Art Of Survival, scheduled for release on October 7. Listen to the first single, "More Than Machines," and hear what frontman Gavin Rossdale has to say about it right HERE.

Highly Suspect‘s highly anticipated fourth full-length, The Midnight Demon Club, along with the lead single "Natural Born Killer," is due to hit shelves and streaming services on September 9 via Roadrunner Records/FRKST.

Bring Me The Horizon - sTranGeRs

Bring Me the Horizon‘s "sTraNgeRs," from the Sheffield, UK emo/metal band arrived in early July but we’re still pumping the track on repeat as we await the upcoming second EP in their Post Human series.

Currently on tour with The Pretty Reckless, HALESTORM's "Wicked Ways" is from the group's 2022 album Back From the Dead -- their first release since 2018's Vicious.

Swedish rockers Ghost will be haunting North America this summer on their IMPERATOUR beginning on August 26, promoting the ghastly group's latest album, IMPERA.

Check out some of Audacy's all-new Rock stations like Masters Of Metal, IndustriALT, Don't Metal In My Affairs, Venom, 80s Guitar, Rock N’ Road, Freedom Rock, The Canyon, Arena Rock, Wake Up and Rock, and The Roots of Rock for those who crave the early days.