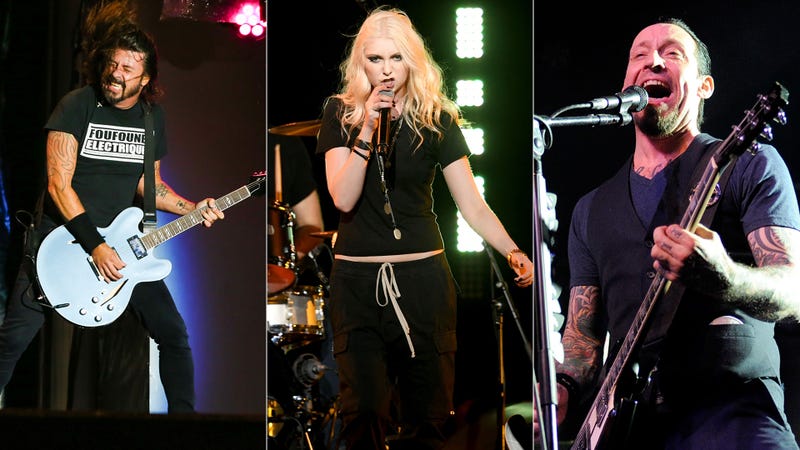 Summer is here and it’s the best time of the year to set up shop outside, kick back, and crank up the stereo.

We’re back with another installment of 7 Rock songs you need to hear right now and June’s picks are songs you’re going to want to listen to loud.

That’s how you start off an album. The opening track from Foo Fighters’ 10th studio record also kicks off our playlist as this rollicking groover is one of those songs you can’t help listening to over-and-over again.

Volbeat - Wait A Minute My Girl

At just over two minutes long, Volbeat wastes no time getting your ears hooked. Bringing in their classic fusion of rock sounds, “Wait A Minute My Girl” is the summer anthem you need on your playlist. Plus, it has a sax solo, which is all we can ever really ask out of a song.

It’s been nearly three years since Nonpoint released new music, but that’s about to change. “Ruthless” sees the rockers make their glorious return as the track comes off the band’s upcoming EP.

Play Johnny Cash but make it metal. That’s exactly what the supergroup L.A. Rats did with this blistering cover of “I’ve Been Everywhere.” Plus, it has an incredibly cool music video that harkens back to those classic bada** rock videos of yesteryear.

The Pretty Reckless ft. Matt Cameron and Kim Thayil - Only Love Can Save Me Now

Talk about an all star collaboration. The Pretty Reckless welcome aboard Soundgarden members Matt Cameron and Kim Thayil for this epic track that gives a modern take on that classic grunge sound.

If it seems like we’ve been waiting forever for the new Fozzy album to arrive, it’s because it’s been in the news since 2019. Good news, it could be seeing the light of day soon as veteran metal band’s rollercoaster ride is over as they shared their rocking new single “Sane.” Well, the rollercoaster part may not be over as evidenced by the song’s music video.

In the words of Arnold Schwarzenegger, this song will “pump you up.” Gojira’s seventh studio album Fortitude was in the making for several years and proved to be worth the wait. “Amazonia” is a fantastic track off the record as it sees the band utilize a progressive rock sound all while incorporating their metal roots.