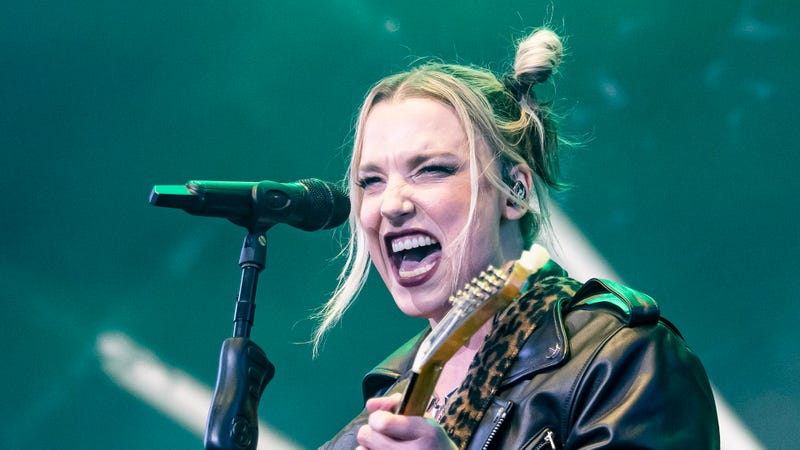 Halestorm singer Lzzy Hale joins the Kyle Meredith With... podcast this week to talk about the band’s latest album, Back from the Dead, and how it unintentionally became a heavier record due to the anxiety and struggles with mental health Lzzy faced during the pandemic. 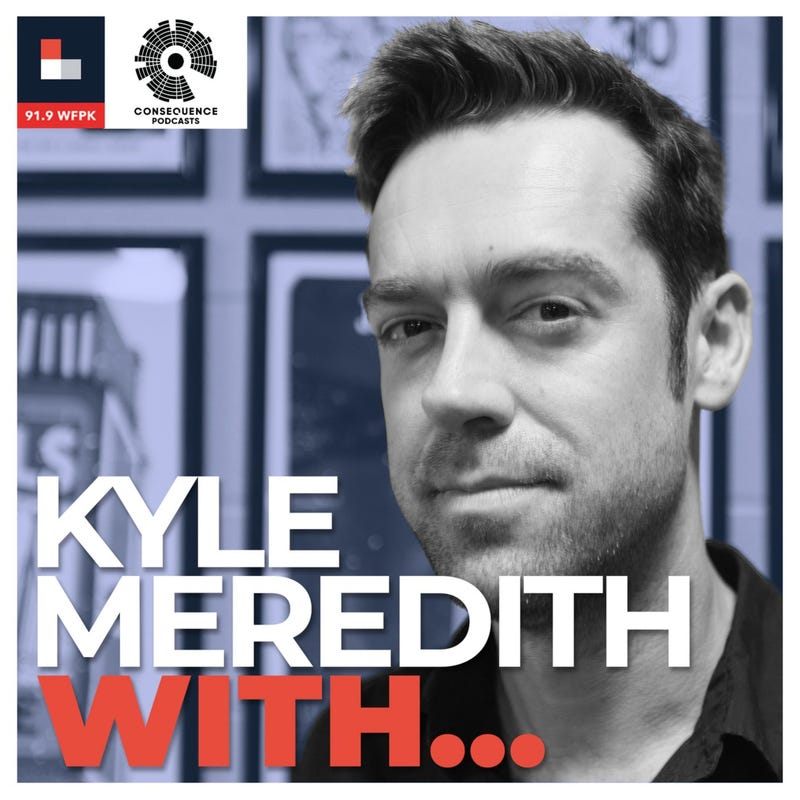 Early on in the coronavirus pandemic, Halestorm singer Lzzy Hale took some flak for her stance on vaccinations and social distancing, addressing at the time "the audacity of some people to assume that just because I’m someone of note, that I am not suffering because of all this. I spend most of my time, 90% of it, on tour, which is NOT a reality right now. My crew is suffering, the future is unknown, and most of the bands you know and love won’t make it out of this." A grim outlook perhaps, but the anxiety of the situation that was still unfolding in mid-2020 was evident in her tone.

Throughout government-mandated lockdowns and the closure of venues, Hale battened down the hatches and got to work on writing an album, the result of which arrived in May 2022 with the release of Halestorm's fifth studio offering, Back from the Dead.

Although the band found novelty in being able to get beer deliveries, as the weight of the pandemic dragged on, Lizzy says, "I don't think that I realized until all of this went down how much I use all of those weapons in my arsenal. Albeit just the camaraderie with your bandmates or the traveling, or the show which has become an addiction for lack of a better term -- and even just the forward movement -- there has never been a time in my life since I was 13 when we started Halestorm, that there wasn't something next, anything next. Even if it was a bowling alley gig twice a month."

"You don't realize how much you use all of that to combat these issues," Lzzy explains. "I have anxiety, I suffer from bouts of depression, and imposter syndrome -- there's an alphabet soup of things that go along with me -- and I use a lot of these things as my armor to keep that at bay. So I went through a lot of lows into, 'OK I have to maintain hope.'" At one point in time while talking to the rest of the band, she says they eventually realized "the only outlet for it was to literally write through it." Lzzy's thought was to write "in the now... even if it sucks, and even if it's gibberish, I'm just going to put it down every single day. That was kind of how I worked out of that, no pun intended, six feet hole that I was kind of digging for myself. The silver lining and the beautiful thing about that is that I rediscovered why I still love writing and why I still do it."

"But we hadn't had any shows in so long," Lzzy adds. So... we didn't realize this until after we listened to the masters of these songs, that we wrote a pretty heavy record. We weren't really intending on doing that, not consciously anyway but subconsciously I guess, you have to put it somewhere because we couldn't lay all the angst out on a stage somewhere. Again, silver linings: This would have been a very different record if the world hadn't ended." 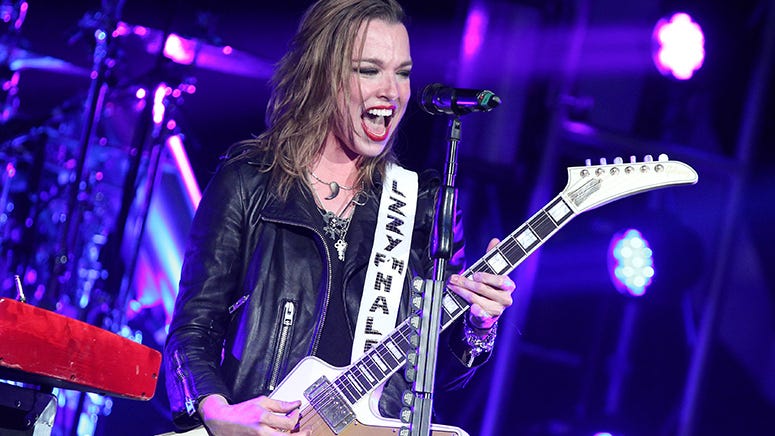 Also during their chat, Lzzy talks about all of the fun the band has with other musician friends at festivals, her work anxiety nightmares, and Halestorm's recent Adele and Dolly Parton covers -- as well as an unreleased cover of the 1966 Percy Sledge classic "When a Man Loves a Woman" -- and what they could mean for a studio covers release. Finally, Hale discusses using religious connotations in her writing and recently watching Jimmy Fallon gift Demi Lovato one of her signature Gibson guitar models.

Halestorm’s Back from the Dead is out now. Check out the full tracklisting below.

Halestorm - Back from the Dead

Listen to Lzzy Hale's full episode on the Kyle Meredith With... podcast above, and follow along for updates from WFPK's Kyle Meredith as he speaks to a wide breadth of musicians, digging deep into the artist's work to find out how the music is made and where their journey is going -- from legendary artists like Robert Plant, Paul McCartney, U2, and Bryan Ferry, to the newer class of The National, St. Vincent, Arctic Monkeys, Haim, and Father John Misty.

While you're in a headbanging mood -- follow even more of Audacy's all-new Rock stations like Masters Of Metal, IndustriALT, Don't Metal In My Affairs, Venom, Arena Rock, Wake Up and Rock, 80s Guitar, Rock N’ Road, Freedom Rock, The Canyon, and The Roots of Rock for those who crave the early days.