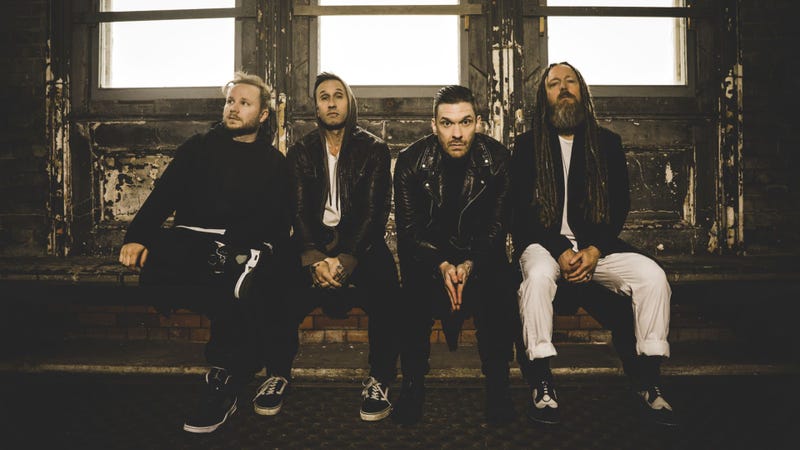 Rockers Shinedown will be taking The Revolutions Live Tour back through the U.S. this Spring, and they're bringing along special guests Three Days Grace and From Ashes To New as opening support.

Listen to Shinedown's Drive All Night on the free Audacy app!

Before their scheduled appearance at the Blue Ridge Rock Festival in September, Shinedown will be hitting the road with Three Days Grace and From Ashes To New throughout the month of April and into May, kicking off their Live Nation-produced set of dates on 4/3 in Saginaw, MI, and wrapping 5/9 in Portland, OR. Check out the full list of dates below.

Tickets will be available via Live Nation beginning Friday, January 27 at 10AM. Pre-sales begin Tuesday, January 24 at 12PM ET through Thursday, January 26 at 10PM local time. To get first access to Shinedown's exclusive artist presale code, sign up for the band's newsletter or text the band @ +1 (615) 802-9301.

In addition to the tour announcement, Shinedown also recently dropped a brand new video for "Dead Don't Die," the latest single from their 2022 hit album Planet Zero. Check out the new clip, directed by Lewis Cater, below.

Browse and follow more of Audacy's all-new stations like Rockternative, Drivin' Alt, Rock N’ Road, Freedom Rock, The Canyon, Arena Rock, Wake Up and Rock, and The Roots of Rock for those who crave the early days.