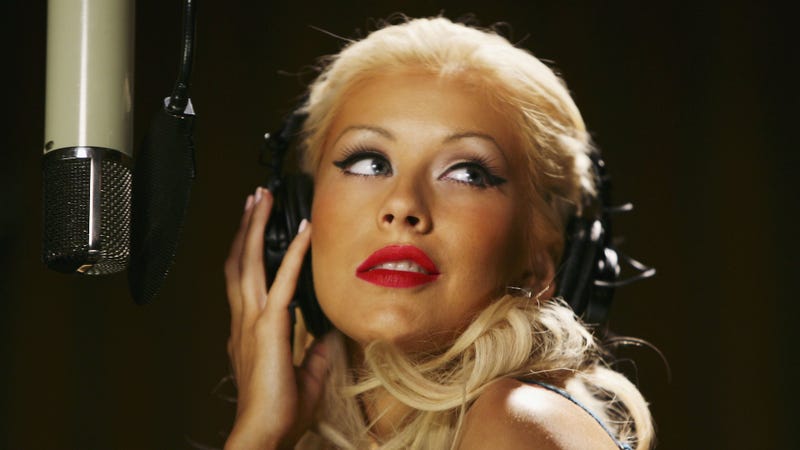 Christina Aguilera has been hard at work on her second-ever Spanish album, La Fuerza, and says there’s been no time like the present to reflect on her Ecuadorian roots.

While Aguilera was sure to capture the the fun, positive energy of Latin culture in her new music, she also took the opportunity to dig deeper and reflect on her memories growing up in a Spanish-speaking home.

“Growing up as a little girl, [Spanish] was a language that was spoken in my house,” she shared. “From my Dad, who lived with my grandparents on his side for a while — half of me is Ecuador — he’s from Ecuador and my mother is fluent in Spanish, that’s how they met.”

Now, a mother of two, Christina also wants to help her kids explore their roots through her music and learn the rewards of pushing outside your comfort zone.

“Even though it’s not my first language and not my comfort zone, it’s still a part of me and when I’m around it, it’s like home again,” she said. “My children, I want to show them that Mommy’s not in her comfort zone… I want to show them a part of what is them and a part of Mommy and that when something is challenging, to not back away from it. To embrace it. You can always learn something about yourself, something about your roots and your culture so it’s so important to me.”

As fans count down the hours remaining until La Fuerza’s release, Christina is helping them pass the time with the unveiling of the track list and some early-release tracks including two collabs — “Santo” featuring Ozuna and “Pa Mis Muchachas” featuring Nathy Peluso, Nicki Nicole and Becky G, which Christina says was a blast creating.

“All in all when we were together, everything was just so full of respect and admiration for each other and embracing each other as a whole,” she shared of her time working with Nathy, Nicki and Becky. “That means more to me than any hit… I just want the experiences to be great.”

The great collaboration experience wasn’t limited to her time with las muchachas, she also embraced every moment creating music with Ozuna, who joins her on”Santo,” which released January 20.

“It’s just so special,” Aguilera gushed. “You just know why he is who he is because he has such a signature voice and sound and so talented. And again, what matters the most to me is that they’re sweet and they’re good energy to be around…. So much positive love and energy."

La Fuerza is the first of Christina’s three-part album to release in 2022. See the full tracklist for La Fuerza below.