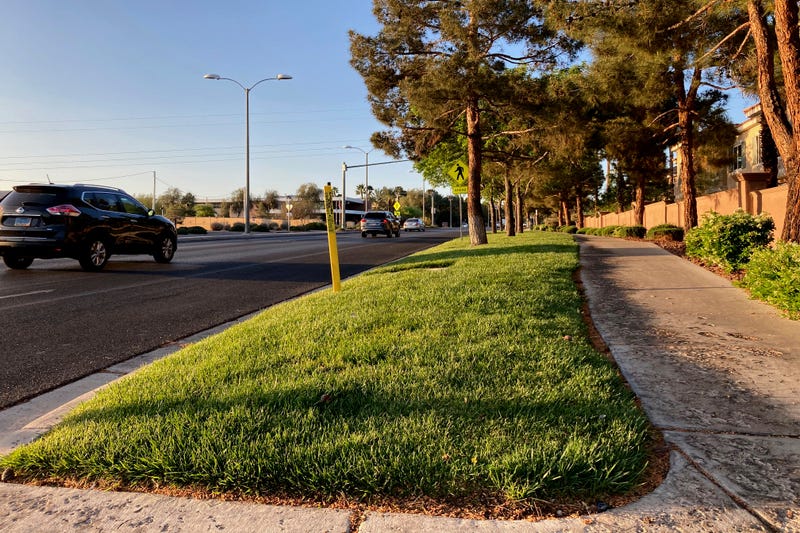 LAS VEGAS (AP) — Grassy yards would be banned at all new housing and commercial developments in the Las Vegas metro area as officials try to expand water use limitations and the region prepares for a hotter and drier future.

The Southern Nevada Water Authority passed resolutions on Monday to prohibit the yards and the use of evaporative cooling machines, also known as “swamp coolers,” at the new developments. Swamp coolers are used by many people instead of traditional air conditioners, but use more water.

The moves build on current limitations for water use in the Las Vegas region, which is undergoing strong growth. They must be approved by local governments to go into effect.

The new measures expand on water-use limits already adopted in the Las Vegas region — including a ban on front yard grass, a prohibition on grass being planted in more than half of a backyard and a ban on “non-functional” grass in office parks, street medians and entrances to communities that have homeowner's associations.

Officials have enacted the measures because of widespread acknowledgement that the region will soon have less water to provide to homes, businesses and farms and so development for anticipated population growth can be accommodated. Grass can still be planted at schools, parks, cemeteries, golf courses and in existing housing developments.

Southern Nevada, which includes the Las Vegas region, relies on the over-tapped Colorado River for about 90% of its water supply. California has implemented some similar limits on grass and water consumption and Arizona has paid farmers to fallow fields.