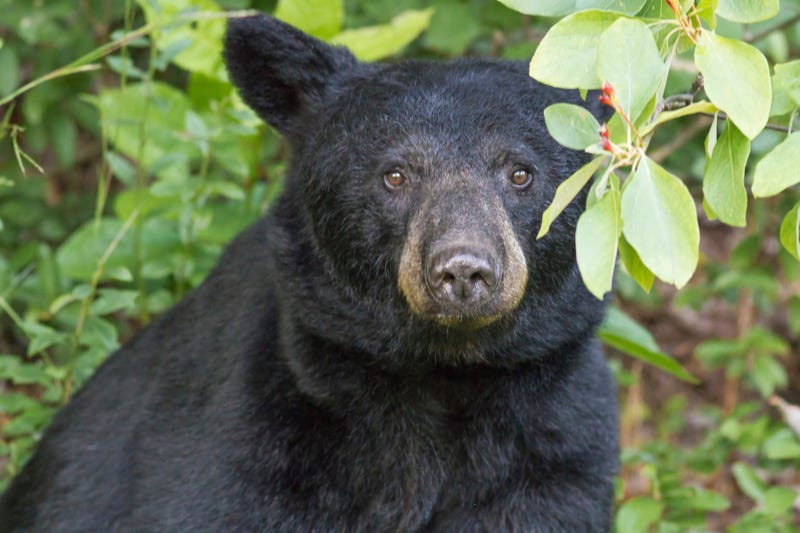 PHILADELPHIA (KYW Newsradio) — There has been another bear sighting in the Philadelphia area, this time Wednesday morning in the East Falls neighborhood of the city.

Yep that's a BEAR near @SEPTA RR tracks in #EastFalls. Now bear with me... I think of a pun soon enough. -- @CBSPhilly pic.twitter.com/7NfJluzzkh

The Pennsylvania game warden briefed reporters Wednesday afternoon at the corner of School House Lane and Founders Place. He said they believe the bear might be in the wooded area near the hilltop at Falls Ridge. He admitted it might also have run off before officials were able to set up their perimeter.

Officials believe it's a 2-year-old black bear, and they think it's the same bear that was spotted up in in Bucks and Montgomery counties in recent days.

The believe the bear entered the city through a series of trails along the Wissahickon Park into the Fairmount Park area, and they say the bear has been moving unusually fast.

Philadelphia Police sent up a helicopter, blaring a siren in an attempt to get the bear to move. The warden said the bear is probably pretty scared by all the activity.

Phila police helicopter still searching for the bear from above. Drones that were being used earlier brought back down.@KYWNewsradio pic.twitter.com/xDpVfenrKm

A game official went into the woods with a tranquilizer gun and a Philadelphia police officer, and they came back empty-handed. At this point, they're going to wait and see if the bear is spotted anywhere else. Their hope is to trap and tranquilize it and release it somewhere safe.

Authorities left after about two hours of searching, and advised neighborhood residents to be vigilant and call 911 if they spot the bear. They hope to find the bear soon, tranquilize it and get it moved to a more appropriate habitat.

Police were at the station, warning people of the sighting along the tracks along Cresson Street between Midvale Avenue and School House Lane.

Besides the slowdown, the transit agency said there was no impact to service on the Manayunk-Norristown Line.

What to do if you encounter a bear

With several bear sightings in the area, it's a good idea to know what to do if you happen to encounter one.

Duane Diefenbach, adjunct professor of wildlife ecology at Pennsylvania State University, says the black bears exploring the Delaware Valley are likely yearling males who've been run off by their mothers.

"They're trying to find a new territory that they can set up where there aren't older male bears around, so they usually end up in places where they run into problems," Diefenbach said.

And those are human made.

"The bear's in greater danger than people, because it's likely to get hit by a car or just get into a situation that's too dangerous," he said.

Bears will eat whatever is around, so Diefenbach says to make sure to remove temptations like pet food, bird feeders and garbage.  In the unlikely event that you find yourself face-to-face with a bear, "my guess is that the bear's gonna run away faster than you can," he said.

But if it doesn't, Diefenbach said to "just back up, and slowly move backwards and in a direction that you're not cornering or threatening the animal."

And, he says, make sure you report the sighting to authorities so they can track down the bear and relocate it to a more appropriate habitat.