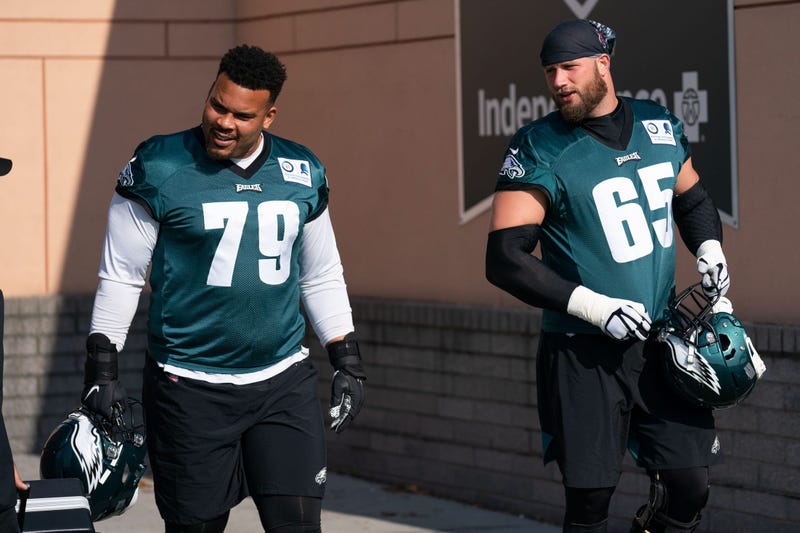 PHILADELPHIA (KYW Newsradio) — Eagles star guard Brandon Brooks has opened up on social media about his ongoing battle with anxiety. It was so bad on Sunday that he was taken out of the Eagles' game against the Seahawks.
Brooks was very candid on Twitter, explaining what he was going through leading up to the game: vomiting, nausea that never went away like he thought it would once he got to the stadium. He mentioned being exhausted, wanting to get back onto the field, but he just couldn't.

KYW Medical Editor Dr. Brian McDonough says he gives him a lot of credit for opening up.

"I think that it's great that Brandon Brooks is talking about his anxiety and dealing with it. It takes a lot of courage. I think it's also important, because he serves as a role model, as an example for others," he said.

"Those who have anxiety and other issues and who may have been ashamed or afraid to talk about it, they gain strength from this. So this really has a true value beyond what he does on the football field and beyond his own personal battle."

Brooks wrote, "Make no mistake, I'm NOT ashamed or embarrassed by this nor what I go through daily." And he called the incident a setback after having been able to control his anxiety in recent years.

He thanked his coaches, teammates and fans for their support. Overwhelmingly on Twitter, fans were very supportive, offering plenty of encouragement for a player who's been through a lot recently, including a torn Achilles tendon.