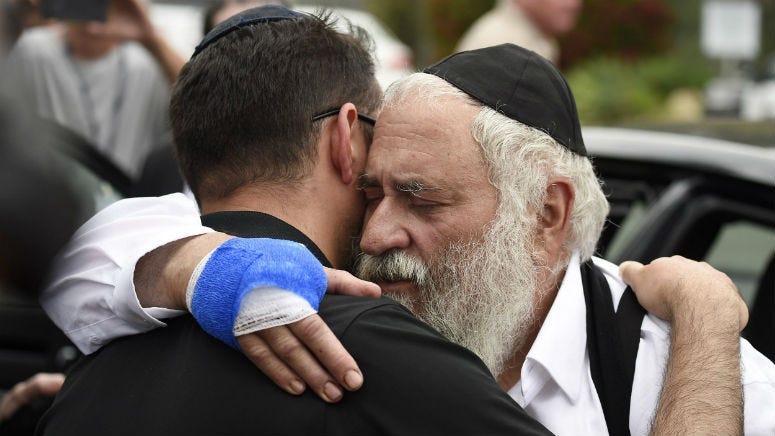 By Artemis Moshtaghian and Gianluca Mezzofiore, CNN
(CNN) -- Tipsters alerted the FBI to a threatening post on the anonymous message board 8chan minutes before a gunman opened fire at a California synagogue, an FBI official told CNN Monday.

The post was written by someone using the same name as the 19-year-old who would later be arrested in the shooting at the Congregation Chabad in Poway, north of San Diego.

He is scheduled to be arraigned on Tuesday in San Diego County Superior Court.

The FBI was not able to determine the author of the 8chan post or the location of their intended attack before the shooting.

The 8chan post linked to a hate speech-laden manifesto signed with the name John Earnest. The letter talks about killing Jewish people without making reference to Poway, San Diego or Congregation Chabad.

On its Twitter account, 8chan claims they deleted the post nine minutes after it was published. CNN has reached out to 8chan and asked if they alerted law enforcement to the post, but has not yet received a response.

A tipster named Colin, who wanted to be identified only by his first name for fear of being harassed by 8chan users, said he went onto the platform after an acquaintance mentioned it in relation to the "QAnon conspiracy theory."

QAnon is a group that originated on the 4chan messaging board around an anonymous user, "Q," who claims to be a member of the US military intelligence. The group promotes a conspiracy that alleges, among other things, that several A-list celebrities and members of government are involved in child sex crimes and a "deep state" effort to annihilate Trump.

"I saw that post at 11:05 a.m. California time," Colin, who lives in California, told CNN on Monday in a conversation over direct message on Twitter.

"I opened it and read the manifesto, where he mentioned burning a mosque in Escondido. I googled that and found out it was true. At 11:15 a.m., I called the 800 number for the FBI, right after my first tweet."

Colin tweeted a screen grab of the post at 11:07 a.m. local time. The shooting took place about 16 minutes later.

Colin said the website deleted the post while he was on the phone with the FBI at 11:20 a.m., but said he sent the FBI the screengrab and the link.

"I called my mom, and after getting off the phone with her I googled 'California shooting' and saw the stories out of San Diego," he said. "The FBI was very professional and very quick. They surprised me with being familiar with that website."

"I told her what the manifesto said and she opened it and read it while I was on the phone with her," Colin continued. "I have been very appalled by the whole experience."

The shooting in Poway left one person dead and injured three others, including Rabbi Yisroel Goldstein, the leader of the synagogue.