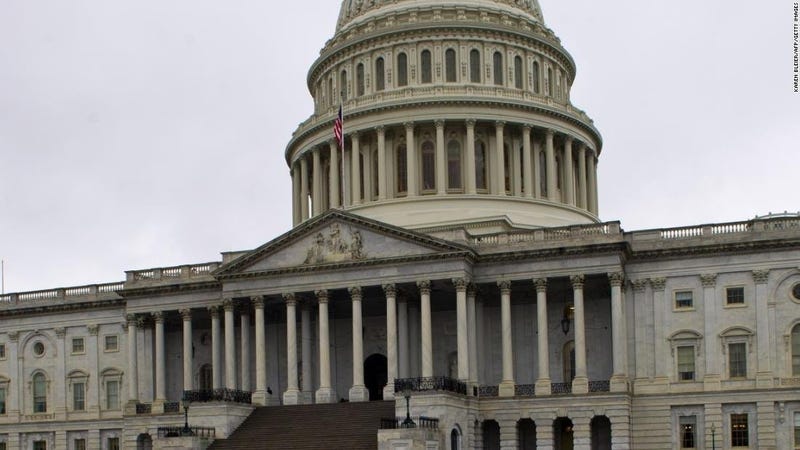 By Clare Foran
(CNN) — President Donald Trump signed a short-term spending bill into law Friday night that does not include Trump's requested $5.7 billion for a border wall.

The White House announced late Friday that Trump had signed the measure, a three-week stopgap bill that will reopen shuttered parts of the government through Feb. 15.

The funding measure puts an end to the longest government shutdown in U.S. history.

Congressional approval of the measure came quickly after the president conceded earlier Friday to mounting pressure over the ongoing shutdown, agreeing to a temporary funding measure that would allow federal employees to return to work but that does not include the billions of dollars in border wall funding he's spent the past month demanding.

"I will sign a bill to open our government for three weeks," the president said in an address on Friday, saying that he was announcing that "we have reached a deal to end the shutdown."

Trump said that "a bipartisan conference committee of House and Senate lawmakers and leaders" will work to "put together a homeland security package for me to shortly sign into law."

"Over the next 21 days, I expect that both Democrats and Republicans will operate in good faith," the president said.

Democrats have insisted throughout the shutdown that the president should sign a measure to reopen the government before they proceed to a debate on border wall funding. After weeks of resistance, Trump agreed to just that on Friday, paving the way for congressional Democrats and Republicans to approve a stop-gap funding bill.

The action on Capitol Hill comes after weeks of negotiations largely going nowhere. And it is not yet clear what kind of a deal can be struck between Democrats and Republicans in the weeks to come over border security.

Senate Democratic leader Chuck Schumer suggested at a news conference on Friday that the president's decision to accept a stop-gap funding measure amounted to a validation of the position taken by Democrats during the shutdown fight.

"The president has agreed to our request to open the government and then debate border security," Schumer said.

READ: With back pay in sight, TSA workers remain weary of 3 weeks ahead

Schumer suggested he is optimistic that a resolution over border security can be reached once the government is reopened.

"We in Congress will roll up our sleeves and try to find some agreement on border security," Schumer said.

Democrats have maintained throughout the shutdown fight that they support border security measures, but not new funding for a border wall, a signature promise of Trump's campaign for the White House.

"We don't agree on some of the specifics of border security. Democrats are firmly against the wall," Schumer said on Friday.

"But we agree on many things such as the need for drug inspection technology, humanitarian aide, strengthening security at our ports of entry. And that bodes well for finding an eventual agreement," he added.