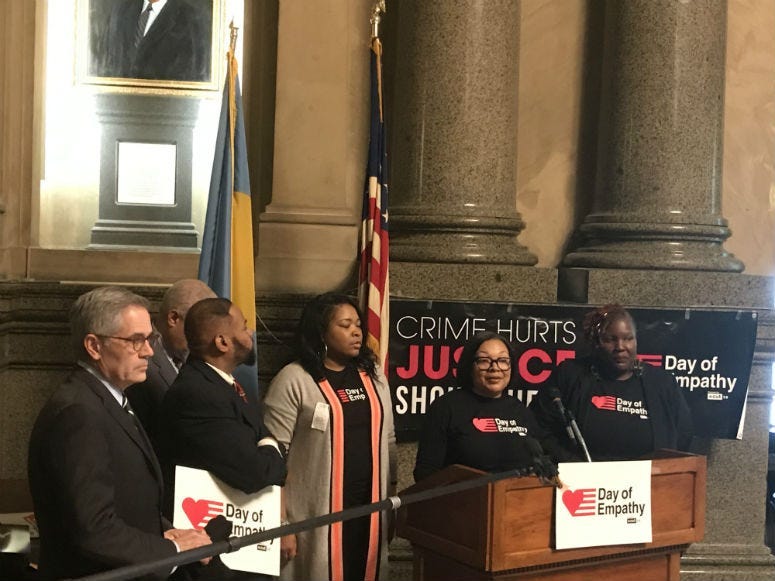 PHILADELPHIA (KYW Newsradio) — When she was 16, Paulette Carrington went to jail for homicide.

"I was defending myself, and unfortunately the person died. I live with that everyday," Carrington said.

She spent 40 years behind bars before being released two years ago when it was declared her juvenile conviction should not keep her in jail for life.

READ: Reuben Jones: Changing the game by reforming the system

"They're changed people. They are not the people they were when they committed their crime. They should be offered the same opportunity as I have," she said.

"It's so important for us to change legislation, and stop giving people life without parole for nonviolent offenses," Willis said.

READ: Report: Half of US adults have immediate family member who has been in jail or prison

State Rep. Jordan Harris was also on hand to talk about prison reform bills recently passed, what's being worked on and what he wants to see done.

"If we do criminal justice smartly, we can save those dollars and cents while still keeping communities safe, while also putting families back together," Harris said.

For Carrington, the day was a step in the right direction for her brothers and sisters behind bars.

"I just look forward to helping them get out of there, that's my goal," she said.