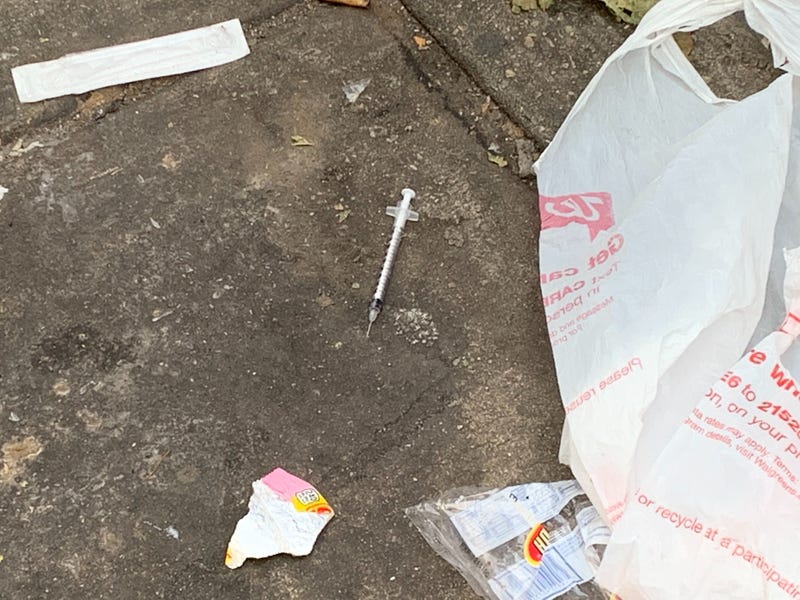 He and other state officials gave a progress report Friday during the Pennsylvania Orthopedic Society's Fall Meeting and Symposium.

"We can take great pride in going from a state that was doing virtually nothing to a state that the American Medical Association says is one of the leaders in the country," Wolf said. "We've bent the curve in terms of deaths from opioid overdoses."

While deaths are down, Wolf knows there is still more work to do.

"People are still dying in the thousands in Pennsylvania," he added. "People are dying from overdoses of other drugs, so we just need to keep working on this."

Wolf's comments apply to Pennsylvania as a whole, but in Philadelphia opioids are still a major concern, especially in the Kensington neighborhood.

KYW Newsradio went to Kensington to see how people there feel about the Governor's comments. While there, people were shooting up in the streets with syringes all over the ground.

"No way, no shape, no form," said resident Charles Wainwright when asked if the opioid problem is improving in Kensington. "(It's gotten) worse and worse and worse."

Wainwright has lived in Kensington for 17 years and said he's seen it all.

"I see a lot of stuff that's going on, the 'zombies' is calling, they picking up needles," said Wainwright. "They have needle disposals that look like a post office box. They take the needles out of there and re-sell them."

He defined a "zombie" as a person who uses drugs who "can't get up but won't fall down."

Wainwright said if Wolf would "stay down here for about four hours" he'd see just how bad the crisis still is in Kensington.

A bartender in Kensington said she recently moved to the neighborhood so couldn't compare then to now but admitted it's clear there's a major drug problem in the neighborhood.