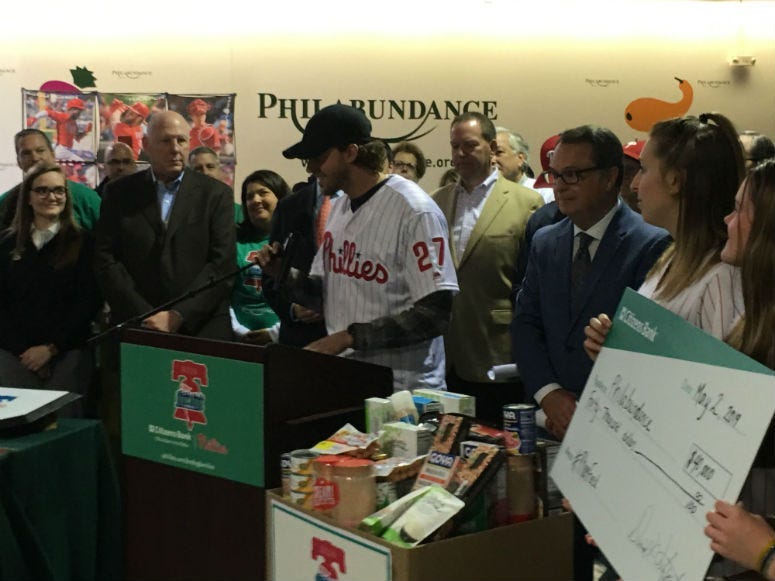 Nola was already familiar with the Philabundance building. He drives past it all the time on the way to the ballpark. But now he's learning about the inner workings of the hunger relief organization as its new Ambassador.

"Coming to the warehouse and looking at everything that they said about all the families it helps, all the people it helps, people in poverty," Nola said. "It puts things in perspective, all the people that go hungry everyday."

Nola is the new face of the June 8 Phans Feeding Families program, a partnership between the Phillies and Citizens Bank. Phillies Executive Vice President Dave Buck says there will be a lot of incentives for fans to help out when the Phillies play the Reds.

You can also bring non-perishable food to donate or buy food for families in need. Reps from a local supermarket will be stationed along Citizens Bank Way. In return for either of those options you'll get a discount of $8 off a future game this season.