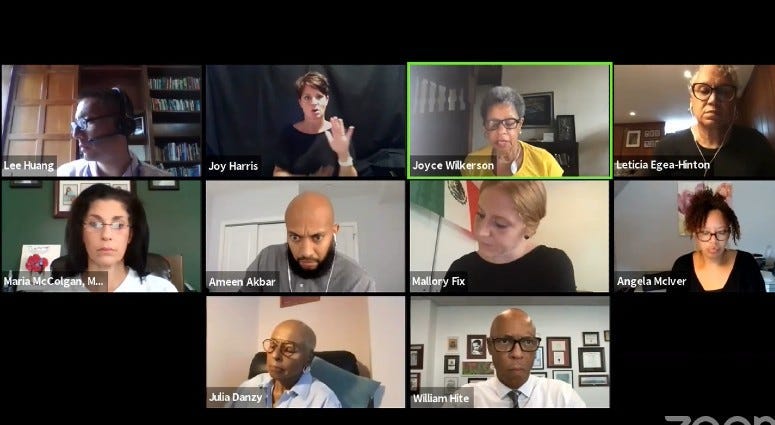 Board member Julia Danzy asked Hite about how he would monitor consistency among teachers working online. She said parents told her of teachers last spring who engaged with students very differently.

“One teacher was great interacting with their kids and really getting to kind of have a relationship going. The other one, the teacher said ‘Hey, don’t bother me. I’ve got my own children I’ve got to try to work with,’ ” Danzy said.

Hite responded that the district is planning better teacher training for the all-virtual start.

“We were ill-equipped to do what we were trying to do in the spring. We tried to go to it very quickly. We tried to get the devices out. We tried to train people on Google Classroom, albeit quickly,” Hite said.

With an all-digital start, board president Joyce Wilkerson asked what was being done to accommodate parents who work during the day. Hite said he expected the city in the next few weeks to establish safe drop-off sites with internet access where children could do their schoolwork.

“Some of these could be schools,” Hite said. “Others could be community centers or libraries or other places where summer programs may have been run out of.”

Board member Maria McColgan wondered, why, then, if students were gathered with an adult in the room, couldn’t students start the year in classrooms?

“How is that different than just sending half of the class back to school?” she asked.

Hite responded, “It would be holding, not teaching.”

McColgan, a pediatrician, cast the lone “no” vote, saying she was disheartened that students couldn’t begin their school year in classrooms.

“I am more concerned that the risks of keeping schools closed for in-person instruction far outweigh the risks of coronavirus itself,” McColgan said.

Wilkerson, who said she backed the original hybrid plan, voted “yes” but said she had “grave concerns” over the virtual start.​