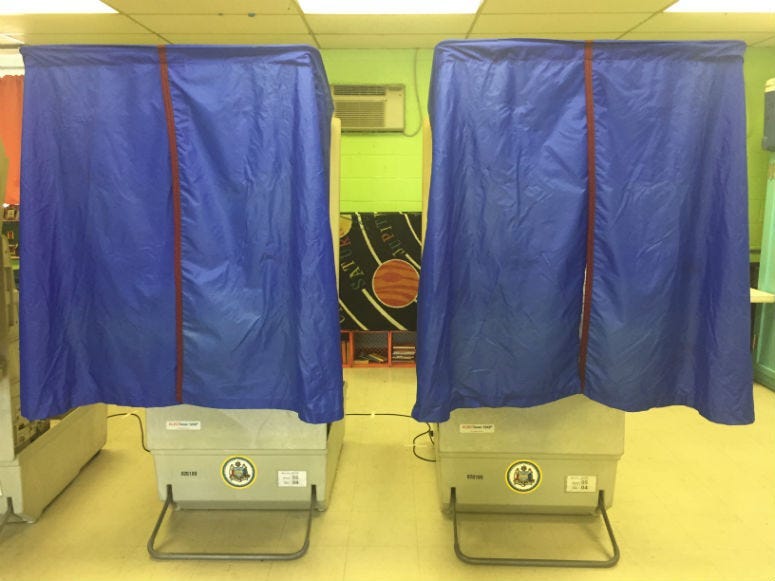 In Center City and South Philadelphia, there were the usual reports of clunky voting machines. But it was a much bigger problem in the 63rd Ward polling place where all the machines went down for a short time on Tuesday morning.

And the familiar problem of electioneering reared up at the 13th and Pine streets polling place, where a KYW Newsradio staffer saw a poll worker blatantly handing out campaign literature when the doors opened at 7 a.m.

Committee of 70 president and CEO David Thornburgh says there can't be any electioneering within 10 feet of the entrance to the polling place.

"If you see something that looks out of line, make a comment to the folks sitting behind the table, the members of the Board of Elections at your local polling place," Thornburgh advised.

If you don't get satisfaction there you can call the City Commissioners through 311.

Troy Mullane, the acting judge of elections at the 13th Street location, says it's not uncommon to find people attempting to do shady things.

"Some people might leave those accidentally, some people less accidentally. We try to toss them out as fast as we can," Mullane said.

At 10 feet, Pennsylvania has one of the most lenient electioneering laws in the country; most states are 100 feet and beyond.

In Harrisburg, election security on a statewide level is being monitored for the first time in one central location.

"What better place than PEMA to allow all of us, election operations, emergency management, Department of State staff, call center volunteers, emergency personnel, all gathered here in the same place," Boockvar said.

One big point of interest for PEMA and the state department will be the performance of those new voting machines that incorporate verifiable paper trails, which are being rolled out in Montgomery and eight other counties.