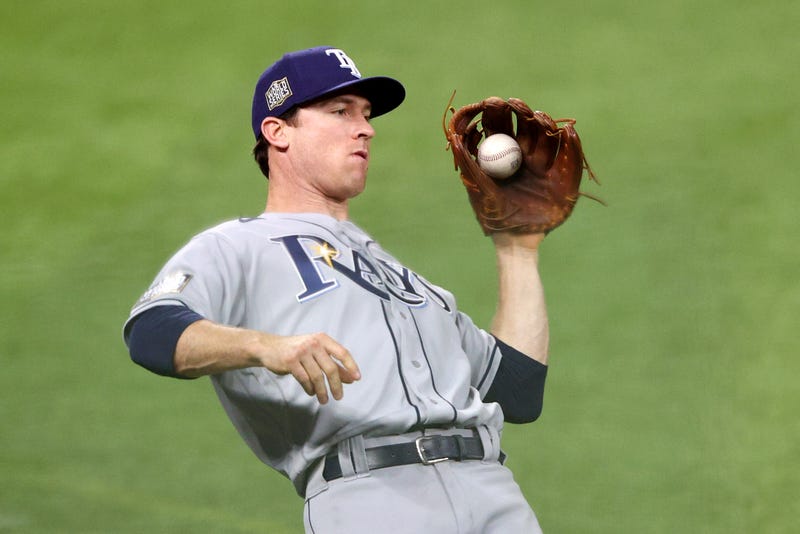 Wendle spent parts of five seasons in the big leagues, the last three with Tampa Bay. Baseball has been a huge part of life since he was a kid.

"I was a kid ... that preferred to take ground balls to batting practice. I just love having ground balls hit at me and throwing them across the diamond. I have vivid memories of every member of my family doing that, helping me out in our back yard or our front yard," he recalled.

"My brothers used to hit me ground balls, and they used to hit them so hard to me that if I missed one or if they hit a line drive it would roll all the way up to the house, which was a pretty good shot."

Wendle is a .277 hitter in his professional career. He made his Major League debut on August 31, 2016 with the Oakland A’s, playing second base against the Astros in Houston with the Minute Maid Park retractable roof on. As far being nervous, he said that was bit more of a factor in the field than at the plate:

"First ball was like a pop up that came to me. I remember looking up and the first thing I saw was the roof and I was like, 'Oh, I wasn’t expecting that.' I don’t think I had noticed that we were playing inside. I thought it was going to be one of those pop ups that landed right on the mound," he recounted.

"I'm like, 'You know what, I'm going to take charge of this ball, I'm going to get it, and I'm going to call everybody off it.' That's exactly what I did. I went all the way to the mound and I look up and the ball is about 15 feet behind me. So I have to backpedal and make a circus-style catch."

You can listen to the entire interview with Joey Wendle by checking out the latest episode of the KYW Newsradio original podcast, "1-on-1 with Matt Leon." Subscribe on the RADIO.COM app or wherever you get your podcasts.