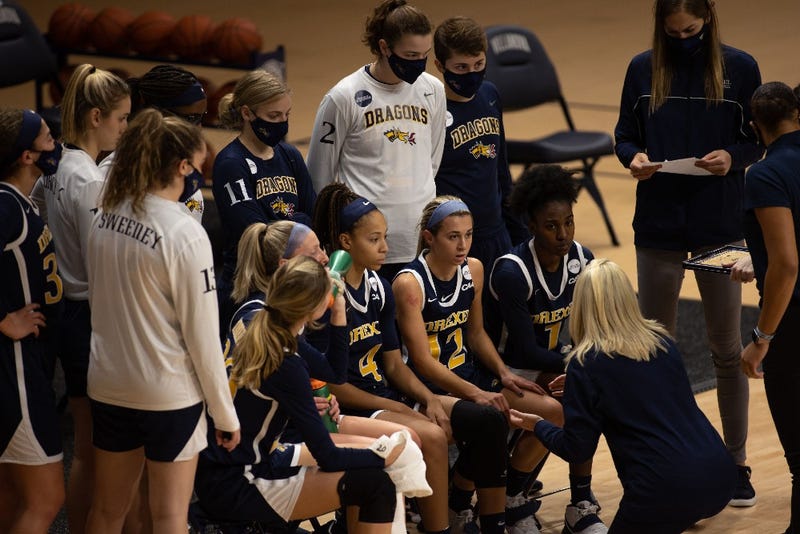 PHILADELPHIA (KYW Newsradio) — It has been a season unlike any other for college basketball teams across the country. The COVID-19 pandemic has led to fluid schedules and programs having to shut down because of positive tests.

The Drexel University women’s basketball team has had to navigate it all, but when they have been able to get on the court, they have been very, very good.

In five games, Drexel has picked up four wins, and first-year head coach Amy Mallon said they are thankful for each game they get to play given the circumstances.

“I think it really is day-to-day,” Mallon told KYW Newsradio. “We always say that with the staff, it’s like our saying this year is ‘go with the flow’ because we really don’t have a choice and I think it is the best way to approach the season and the day-to-day changes that we face. We can be playing a game one day and find out the next day you won’t play the next three.”

As usual, Drexel is getting it done with defense.

In their most recent win, the Dragons held UNCW to 34 points (just 13 in the second half) and 22% shooting from the field.

“I’m really happy with the effort and the focus we’ve had on the defensive end,” Mallon said. “We’ve been able to play five games and we really have shown that in the amount of points we’re giving up per game, being (second) in the nation and tops in our league in scoring defense. So we feel like that has been a focal point and our team has really stayed on point with that.”

On offense, senior guard Hannah Nihill is pacing the Dragons, scoring 16.8 points per game. She had 13 in that Sunday win over UNCW.

That fluid scheduling is front and center this weekend for Drexel.

Originally, they were supposed to match up with the College of Charleston for a pair of games, but due to Charleston suspending activities because of a positive test in its program, the Dragons will instead host Delaware State on Saturday at 2:00 p.m.

Listen to the full interview with Mallon below: