PHILADELPHIA (KYW Newsradio) — Everyone in the college basketball world knew it was coming.

On March 11, 2020, the NBA shut down its season after players in Utah tested positive for COVID-19. The following day was supposed to be one filled with college basketball conference tournament play, but that morning, conferences canceled tournaments left and right.

One of those conferences was the Big East. The Villanova Wildcats had to leave New York City and go home. Shortly after arriving on campus, the NCAA Tournament was also canceled.

“It’s sad for them,” Wright said that day. “But this is a big issue in our country, and it’s serious. I think it’s the right thing to do.” 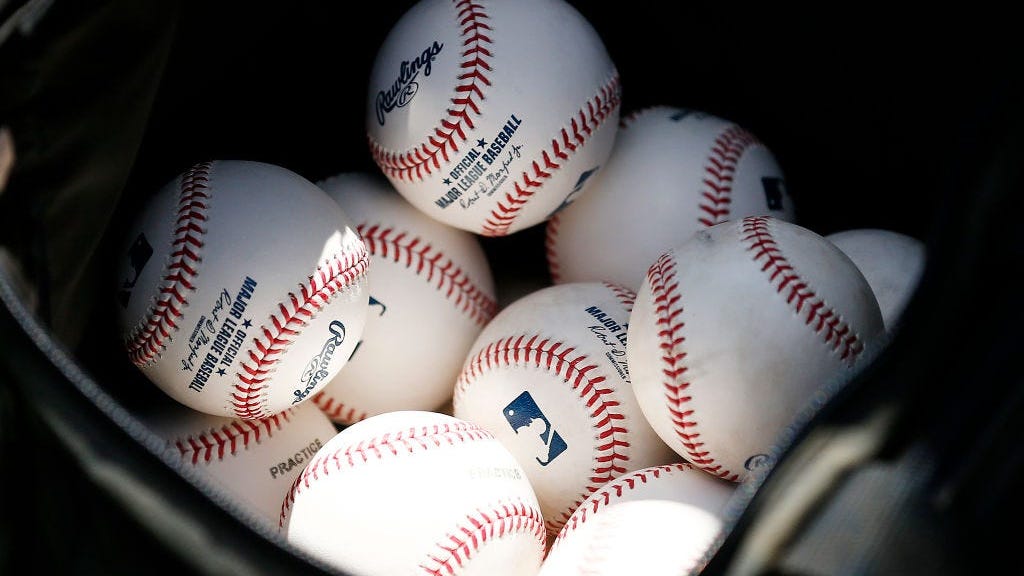 Thus began a world of uncertainty for college sports. Like much of America, schools were hoping to return to normal life by the late spring, but that would not be the case. Schools canceled spring sports, and there was no end in sight.

Some schools kept their sports shut down through the fall, while others tried to press forward. Temple football’s 12-game schedule was reduced due to five cancelations.

Head coach Rod Carey admitted it was difficult trying to play during the pandemic.

“We dealt with COVID,” he said. “Quite frankly, COVID won in a lot of respects from the start of the restrictions through the end of the season, when we finally had 21 tests and all the ramifications that it had all around it.”

In October, Temple began allowing a limited amount of fans into Lincoln Financial Field for home games. By November, the stadium closed its doors to fans again. 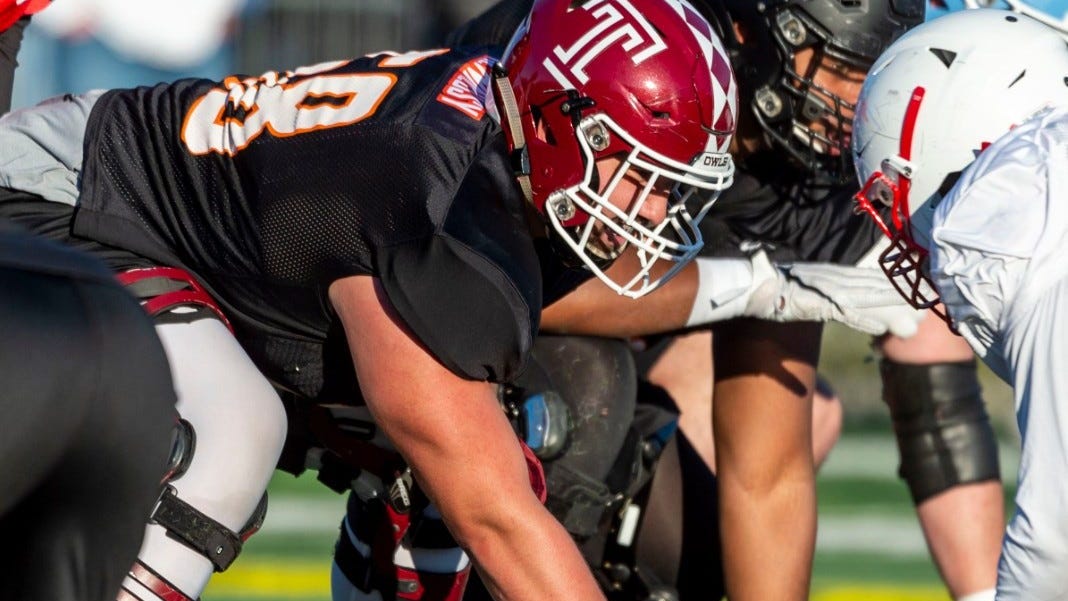 As Temple football waits, head coach makes the most of coronavirus stay-at-home order

Winter sports picked up for many schools, but some, including those in the Ivy League, remained closed. Several athletic programs dealt with postponements and temporary shutdowns. The NCAA men’s and women’s basketball tournaments traditionally schedule games across the country, but both are being hosted in bubble cities for 2021.

Nowadays, spring sports are getting underway at some schools, but most are either limiting or prohibiting fans.

West Chester is not allowing fans in for spring sports. And with the pandemic still affecting the country, athletic director Terry Beattie emphasized the importance of safety.

“Our primary focus right now, as we return to competition for the first time in nearly a year, is providing our student-athletes the opportunity to compete in the safest environment possible,” Beattie said. 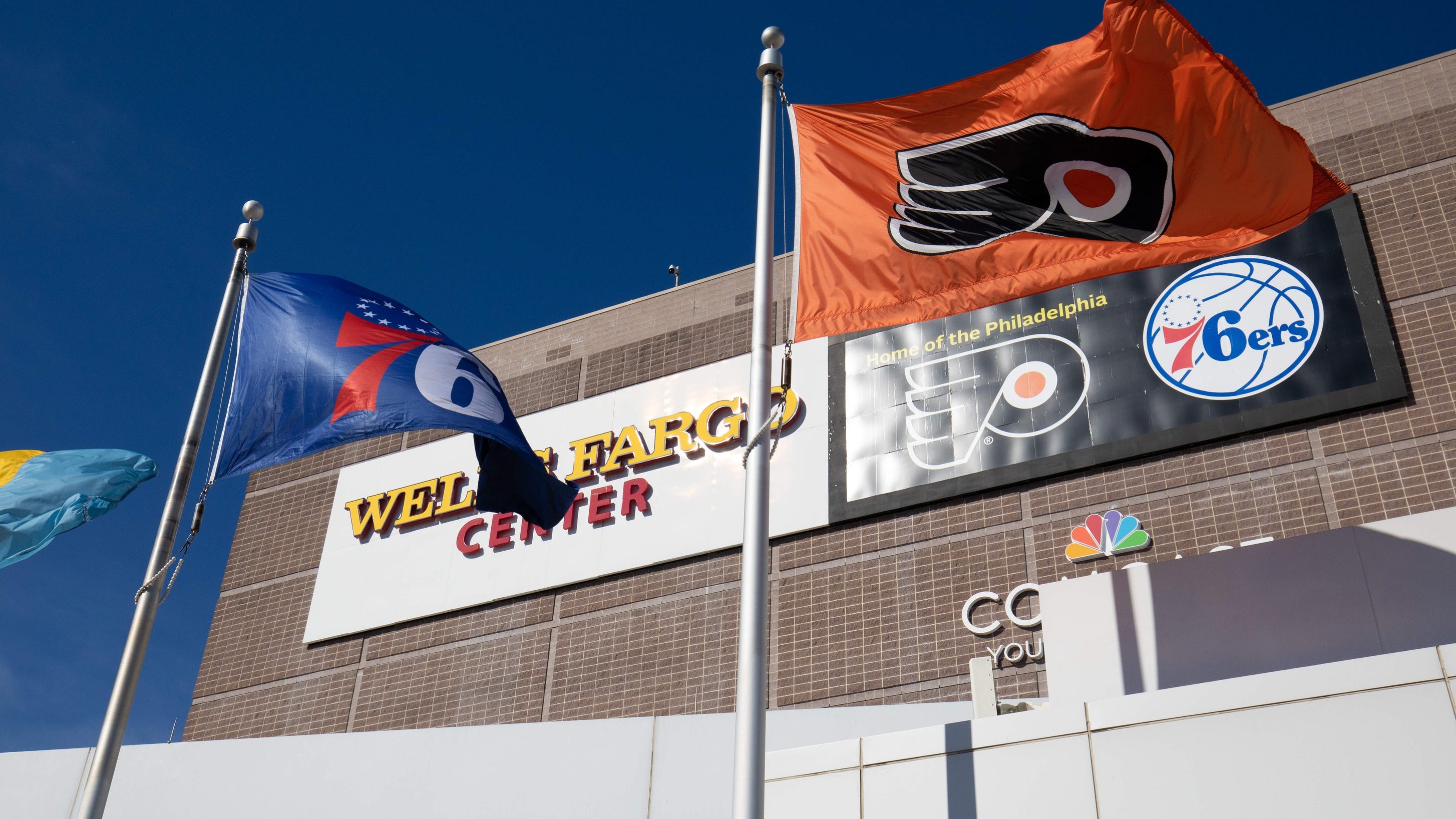 After yearlong COVID-19 shutout, fans ‘done sitting on the couch’

Sports were absent at Rowan University in the fall and winter, but spring sports are getting back on track. However, athletic director Dr. John Giannini said they are not ready to pack the stands.

“Two family members per student-athlete are allowed,” he said. “They have to give their contact information in case we need it for contract tracing, but we’re limiting the numbers. There’s no guests for visiting teams.”

But there is light at the end of the tunnel. As vaccines continue to roll out across the country, there is hope college sports will be able to return to normalcy by the fall.

Games with pre-pandemic attendance could become a reality this September, but Giannini knows they cannot take anything for granted.

“Things are slowly getting back to normal,” he added. “The virus has clearly been in control, but I think everyone is starting to see a greater return to normalcy.”

COVID: Then and Now is a KYW Newsradio original monthlong series looking back at the early stages of the coronavirus pandemic in Philadelphia. Reporters revisit the news from exactly one year ago and examine how protocols, restrictions and science have evolved since then. Check back weekdays in March for more.