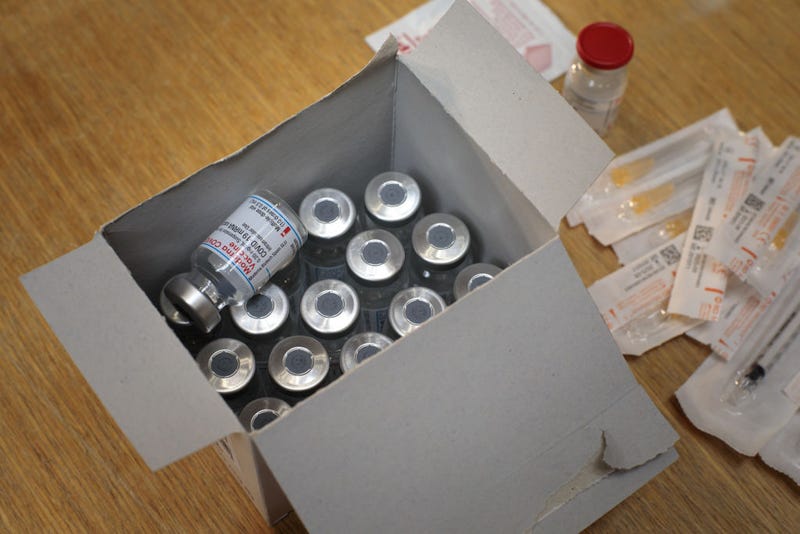 PHILADELPHIA (KYW Newsradio) — The Biden administration has promised to increase COVID-19 vaccine distribution while addressing inequalities in the rollout process.

“Everyone’s an expert in 2020 hindsight,” said Dr. Harald Schmidt, assistant professor of medical ethics and health policy at the University of Pennsylvania. “But it is striking that (the U.S.) started planning for vaccine allocation frameworks relatively late in the game.”

“We started developing vaccines from January last year and in all seriousness at the federal level, for sure, work on the allocation framework really only started in the summer,” he added.

Schmidt says he sees sincere effort at the state and jurisdiction level, but as a country, the U.S. has never done anything like trying to get a vaccine to every person in the country.

The Centers for Disease Control and Prevention (CDC) didn’t give out the final priority group phases for the vaccines until December. Two months after, they asked states to start coming up with their own plans.

“In general, when we have to ration, when we have situations where demand outstripes supply, what we try to do is we maximize benefits. That’s sort of the staple in ethics,” Schmidt said. “Now the problem with COVID is that if we do that, we really very likely only exacerbate existing health inequalities.”

The U.S. already has highly unequal health outcomes and life expectancies that largely reflect the county’s different access to health care systems, different social mobility for racial and ethic groups and locations in which people live.

For example, Schmidt says it's easier for some people to live in a more socially distant way and wait a little bit longer for a vaccine than others.

“Within each of these (priority) groups we must make sure that more disadvantaged people get access to vaccines before those who are less disadvantaged and more privileged, because for them, it is a lot easier to wait a little longer and that’s not the case for people who are worse off.”

But the CDC also created the Social Vulnerability Index, which allows officials to see areas that need more support during the pandemic. The CDC SVI integrates more than a dozen variables like quality of housing, income and education attainment.

“The Biden-Harris administration has asked the CDC to work with states and cities to revise their allocation plans so that they describe what they do about equity, using a measure such as the SVI,” he said.

Schmidt and some of his colleagues studied states’ initial vaccine distribution plans. He says at least 18 states are using SVI and find it useful.

Moving forward, Schmidt says it’s key to know who is getting the COVID-19 vaccine.

“It’s critical that we don't just focus on numbers, but we also know who the numbers are. It’s not particularly helpful for public health nor for social equity if it turns out 100 million people who’ve been vaccinated in 100 days are all among societies better off and all the people who are at much greater risk are not among them or for that matter at a much smaller share.”