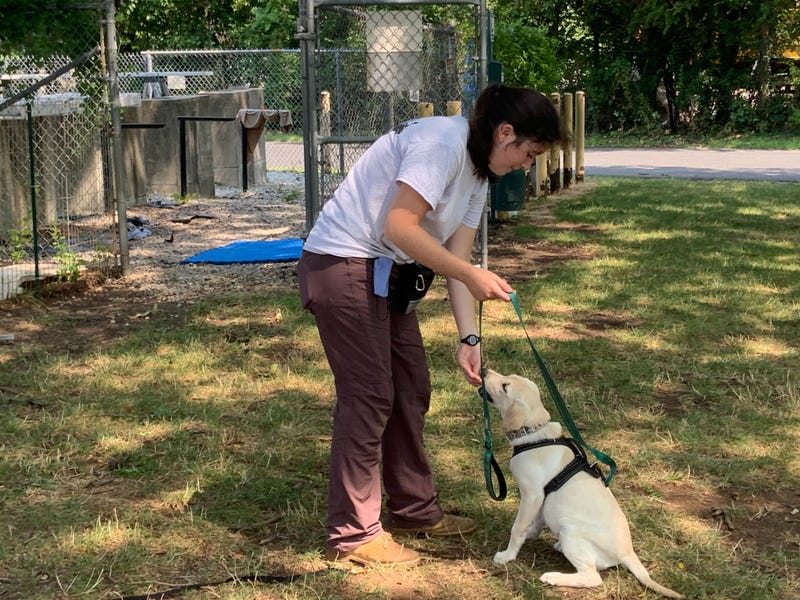 Inspired by the rescue dogs that worked with first responders after the 9/11 attacks, dogs at the Penn Vet Working Dog Center are taught to use their noses to find things. Photo credit John McDevitt/KYW Newsradio
By John McDevitt, KYW Newsradio

PHILADELPHIA (KYW Newsradio) — Dr. Cynthia Otto was among the veterinarians who cared for search and rescue dogs at Ground Zero. She arrived at the World Trade Center site on the evening of Sept. 11, 2001.

“I have vivid memories of some of the moments, but they don’t haunt me,” she said. “I think they inspired me.”

Those memories motivated Otto to create the Penn Vet Working Dog Center, a national research and development center for scent detection dogs, which has been leading cutting-edge work in University City for the past nine years.

Otto followed the health and behavior of the animals for years after the 9/11 response. Now, she uses what she learned to optimize the performance of lifesaving detection dogs at the center. 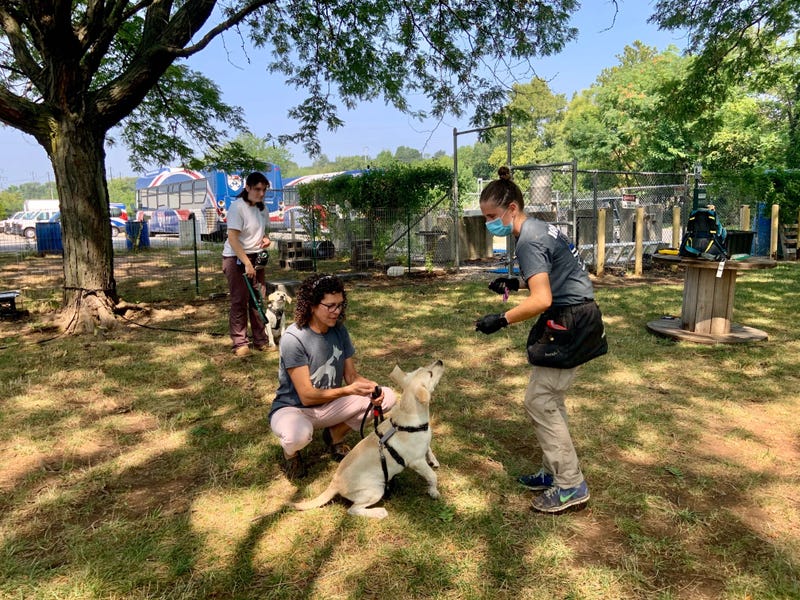 Many of the pups are donated, and many are named after victims of the 9/11 attacks or dogs who worked on 9/11 attack sites.

“This place is the legacy of 9/11,” Otto explained. “What I have been able to do was convert my memory from something that was really challenging and devastating to something that provides hope and opportunity. And because of that inspiration, we are now working with dogs that are going out and helping save lives, and we are helping those dogs do their jobs in the best way possible.” 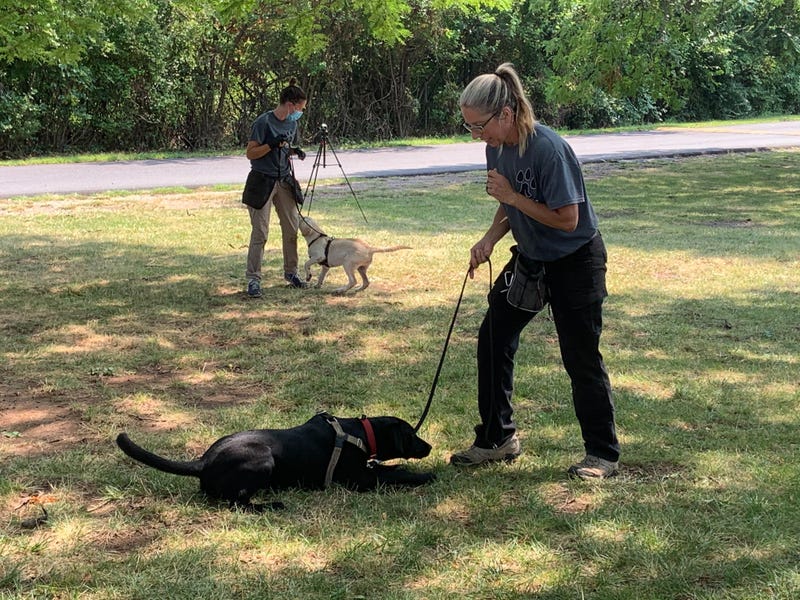 Many of the pups are named after victims of the 9/11 attacks or dogs who worked on 9/11 attack sites. Photo credit John McDevitt/KYW Newsradio

Starting in the program at 8 weeks old, dogs learn to use their noses to find things.

“These are some of our young puppies that are just doing basic obedience, because no matter what career they end up in — whether it’s search and rescue or detecting disease in deer — this is just a foundational training,” she said.

They live with their foster families and go to class five days a week. Training lasts from a year to a year and a half.

“The dog that I foster is Vauk,” said Otto. “She is named after Lt. Comm. Ronald J. Vauk, who was at the Pentagon.”

More than 100 dogs have graduated from the center. About 94% of dogs at the center move on to specific scent-detection careers, including search and rescue, recovery, explosives detection, and medical detection.