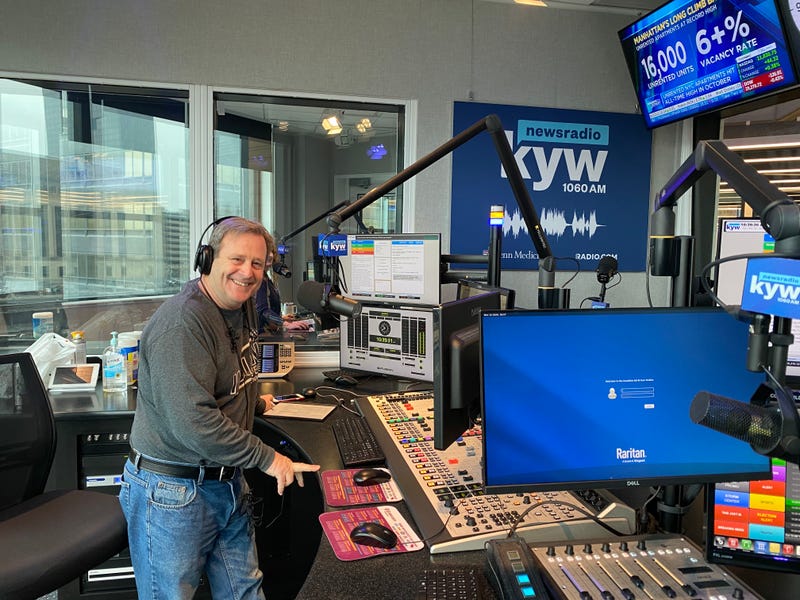 Shortly before calling "KYW news time, 11 o'clock" for the very last time, Brooks played a recording he had made so he could get though his goodbyes without "blubbering on the air." In it, he shared his gratitude for the quarter-century he spent guiding Philadelphia and South Jersey listeners through the news of the day.

"Mostly I'm grateful to the pros I've worked with and laughed with and fought with and cried with, as we shared our little triumphs and big tragedies over the years," he said.

"And all the reporters and anchors and editors and desk assistants I got to hang out with for so long; the morning anchor giants whose shoes I could never fill; and then the KYW stars of today and tomorrow -- the youngsters I watch come in as interns and desk assistants and blossom into the next generaion of star reporters."

He gave a special shout out to his "on-air partner in crime," fellow morning anchor Carol MacKenzie.

"We read each others' minds in the studio when we do something right or screw something up, busting each others' chops on the air and having way too much fun doing it," he said.

"If only you could have heard the political arguments we've had in the studio when the mics were closed. By the grace of Marconi, we never got caught cussing each other out over a hot mic." 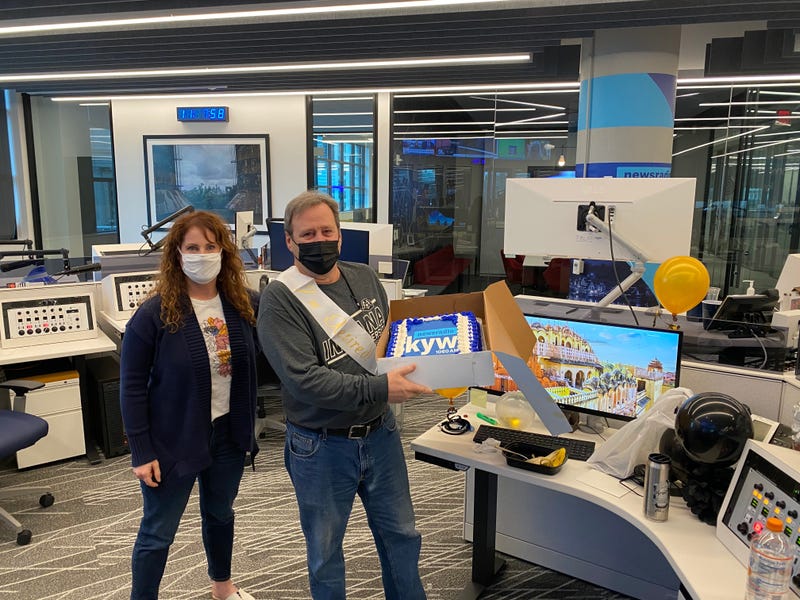 And he thanked KYW Newsradio's generations of listeners, "for always being there."

He said, "I hope you will always understand what a treasure you have in KYW."

Brooks' familiar voice has been with the station since 1989, when he started as a part-time anchor and reporter. He came on board anchoring full time in 1993.

Brooks lives in Delaware County, where he will now have more time to follow his passion for aviation and to fly in his small airplane.

Throughout the day, anecdotes from KYW colleagues ran on the air, hinting at personal and professional connections -- and an undercurrent of varying levels of appreciation for Brooks' signature dry wit.

From reporter Lynne Adkins: "Honestly I'll miss you and your odd sense of humor."

Anchor Steve Tawa: "Well, from one dinosaur to another, yes, I will certainly miss your wry sense of humor and steady presence in the newsroom."

Anchor Jeff Asch: "Your obsession to detail, news judgment, your soothing voice and -- oh yeah -- your sense of humor will be missed."

Reporter Mike DeNardo: "Remember that time I saved your life by driving you to the ER when you were having chest pains? We can laugh about that now, right? Right? I wish you a pleasant and low-cholesterol retirement."

Editor Tim McLaughlin: "Brandon has a way of making everything I write sound 10 times better. I'll really miss that. What I won't miss are his jokes."

Production assistant Andre Bennett: "Your skill, your humor and kindness will always be appreciatred. I wish you all the best in retirement, Brandon, lots of flying, and clear and calm skies."

Perhaps the most emotional send-off came from MacKenzie.

It’s going to take a lot of deep breathing to get through the morning. pic.twitter.com/snt1g3UBtx

"Boy, I'd like to say our time together here in the anchor booth has come to an end far too soon. Anyway ...," she said with a twinkle.

"It's been a great ride, hasn't it? I will miss besting you in our daily debates and not laughing at your bad jokes. It has been a gift to spend my mornings here at KYW with a friend, and I cannot believe this day is here.

"And so I'm going to say I wish you the best in your retirement, but I am not going to say goodbye. I'll talk to you later, friend."